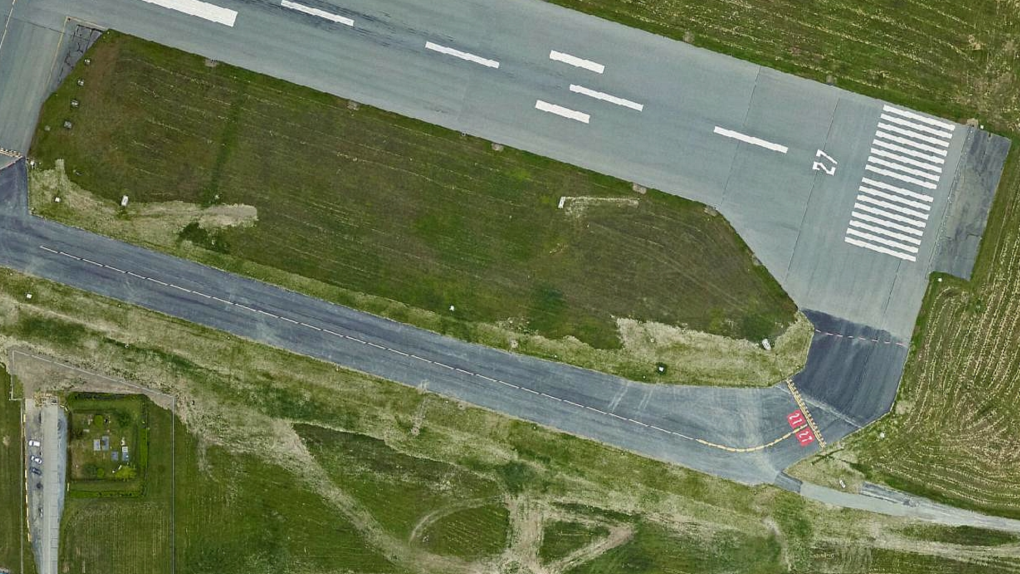 The new taxi-way at Victoria International Airport was completed in 2020. (Victoria Airport Authority)

VICTORIA -- A new taxi-way completed as part of the Victoria International Airport’s terminal expansion is not in use because it can’t be seen from the airport’s control tower.

The $4.3 million project expanded the taxi-way on the east side of the airport by approximately 366 meters and was completed in 2020. It is intended to improve safety for aircraft by eliminating access points close to runways during take-off.

Victoria Airport Authority president and CEO Geoff Dickson says the extension was seen as a way to improve efficiency for the control tower operator. He says that due to the current location of the airport’s control tower, the taxi-way is in a blind spot to air traffic controllers.

Both the Victoria Airport Authority and Nav Canada – the private, non-profit company that manages air traffic control at the airport – have seen revenues plummet as a result of the pandemic, so plans to move the control tower are currently on hold.

“It’s an issue that has been out there for a while and it has been a request from Nav Canada for over 10 years,” said Dickson. “We decided to extend the taxi-way in 2019.”

One solution that is being considered to address the problematic blind spot is a series of closed-circuit cameras.

“We didn’t want to spend a lot of money on a camera solution because we were of the understanding that the control would be relocated to the other side of the airfield,” said Dickson. “We were in the middle of that discussion with Nav Canada when the pandemic hit and everyone kind of put tools down.”

The new taxi-way was also designed to improve fuel efficiencies for the air carriers who land at the airport.

Dickson says that due the COVID-19 restrictions on travel, as well as the Canada/U.S. border closure, the number of flights in and out of Victoria International Airport is a fraction of what it once was.

“We didn’t see that we would run into that kind of a challenge,” said Dickson. “As we stand, there’s no jet aircraft that are using the airfield today, it’s primarily turbo-prop aircraft, so it’s not a critical issue.”

The two agencies are still discussing the use of cameras, but the issue remains unresolved due to the proposed cost of the system.

“We had estimated the cost to be about $100,000 and at the time Nav Canada were looking at a more robust system solution that would be I think closer to $300,000 or $400,000,” said Dickson. “The relocation of the control tower on other side of the airfield is probably delayed for a couple years, and so therefore it makes more sense to look at a more robust camera solution.”

Dickson says he expects the parties will eventually arrive at a solution, but the pandemic has changed how high a priority it is to resolve the blind spot issue.

Dickson says he expects an agreement with Nav Canada in the coming weeks. He says the installation of the camera system will begin once the weather improves and the ground dries out. He says the new taxi-way could be in use as soon as late spring.