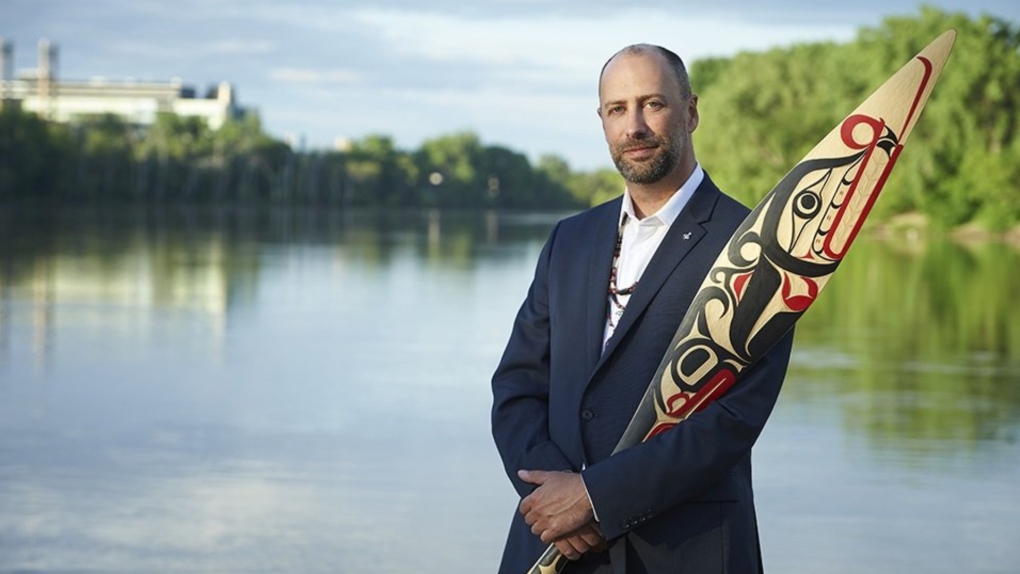 Ry Moran, along the banks of the Red River in Winnipeg, holding one of three reconciliation paddles carved by artist Carey Newman and designed by artists from different generations and nations for the 2019 Building Reconciliation forum: (Nardella Photography)

VICTORIA -- A first-of-its-kind Indigenous reconciliation position was announced at the University of Victoria.

Ry Moran, a member of the Red River Metis and founding director of the National Centre for Truth and Reconciliation at the University of Manitoba, will be joining the university this fall.

The new associate librarian for reconciliation says he hopes his new role will help showcase Indigenous history and culture to a wider audience.

“Anchoring a position like this inside of a major repository of knowledge in UVic Libraries is going to directly help equip all students, faculties and learners with essential information that they need to pursue their own paths to reconciliation,” said Moran in a release Wednesday.

This report by The Canadian Press was first published on June 25, 2020.