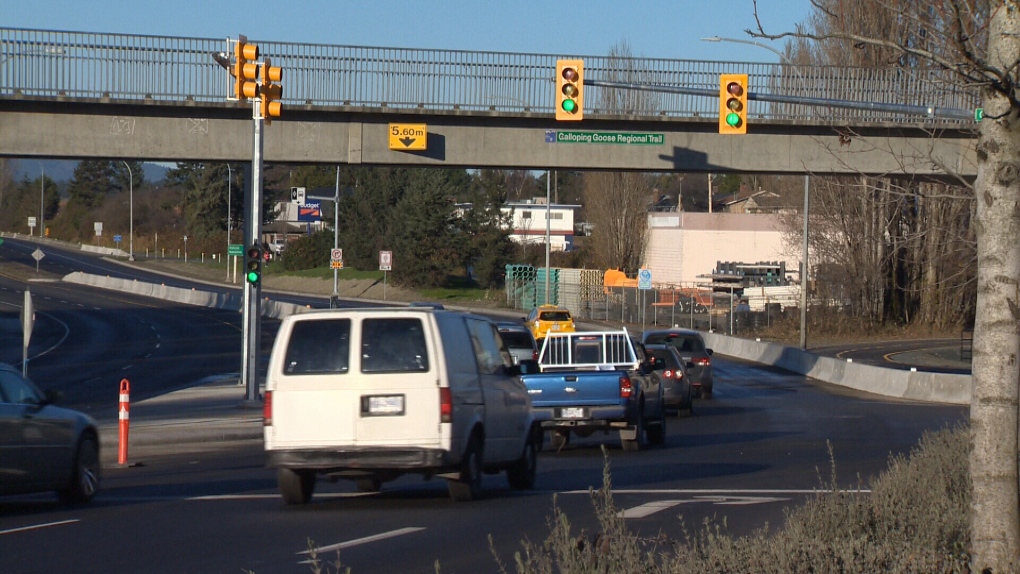 A new traffic signal on the Trans-Canada Highway at Carey Road will stop northbound traffic when a bus wants to turn left onto the highway. Dec. 5, 2018. (CTV Vancouver Island)

New traffic lights have been installed on the Trans-Canada Highway near a Saanich mall that will allow buses to turn left onto the highway.

The lights were added to the intersection of the highway and Carey Road, near Uptown Centre, and were operational as of Wednesday morning.

One set faces Carey Road to let cars and buses know when to turn onto the highway, while the other faces northbound highway traffic.

B.C.'s Ministry of Transportation says it's a transit-only traffic signal that will stop northbound traffic when a bus wants to enter the highway from Carey Road southbound.

The ministry says southbound traffic won't be stopped by the light, as buses will enter a merge lane when turning left.

A sign has been added to the intersection letting drivers know they can only turn right into northbound lanes of the TCH from Carey Road, except for buses.