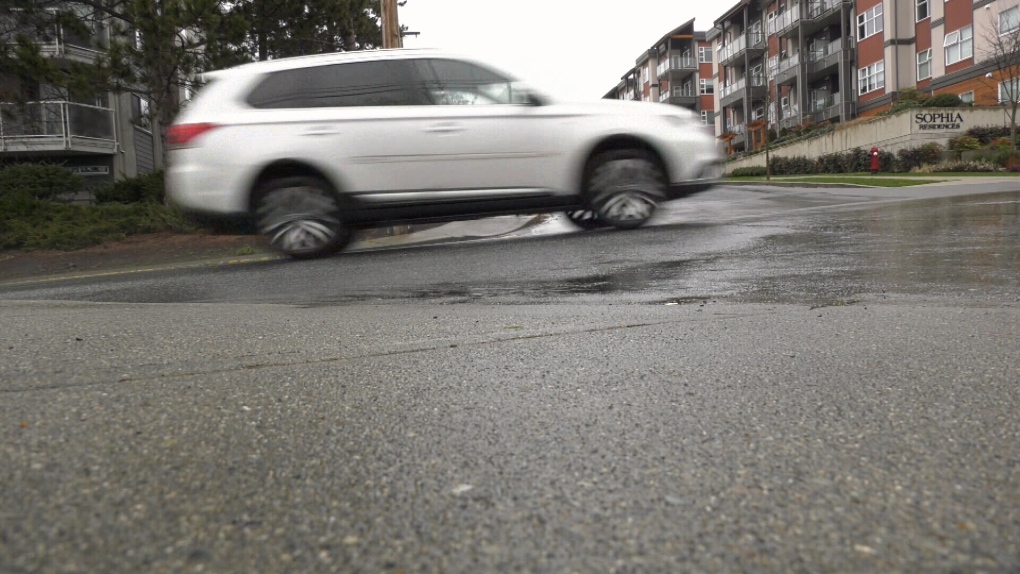 VICTORIA -- One of the most common mistakes drivers make is not identifying what is a crosswalk, and who has the right of way. One Victoria-area group wants to change that.

The Greater Victoria Placemaking Network’s (GVPN) newest initiative is a road safety sign project reminding drivers to yield at all crosswalks. The "Stop for Me" project is a grassroots effort to improve road safety for pedestrians and motorists.

"If you look at the region we are far from vision zero," said Greater Victoria Placemaking Network board member Dr. Teale Phelps Bondaroff. "It means there are still fatalities, major accidents and injuries on our streets."

One of the ways the BC Motor Vehicle Act defines a crosswalk is "the portion of a highway at an intersection that is included within the extension of the lateral lines of the sidewalk, curb or edge of the roadway (whether it is marked or not)."

The group wants input from residents in the region to identify problem crosswalks. It would then place signs on the corners of the roadway to insure cars stop to let pedestrians safely cross the road.

"People may need a bit of a reminder that there is a crosswalk there," said Phelps Bondaroff. "We would set the signs up on a rotating basis so they would move around the CRD to alert people to the presence of invisible crosswalks."

People won't see the signs on their streets soon because the project is still in its infancy. The GVPN has yet to explore different funding options and partnerships with organizations like the CRD and ICBC. The funds would be used to make the signs but the group would place the signs at crosswalks.

"There's a lot of potential and the great thing about these grassroots road safety projects is they don't cost a lot of money but they can have a huge impact," said Phelps Bondaroff. "What I really like about them is they engage the public on keeping the roads safe and there is definitely a call for it given the fact we don't have safe roads here in the CRD."

Phelps Bondaroff said there is a broader impact for communities because people who feel safe on the street are more likely to walk or cycle around their neighbourhoods. He said road safety does not just have a huge impact on a person's well-being but also on the well-being of the planet by getting people out of their cars.

"You want to make sure that when you are getting people out of their cars, whether it is on a bike or walking or any other means that it is safe," said Phelps Bondaroff. "So 'Stop For Me' is a campaign to inform people the places without lined crosswalks are in fact crosswalks and that cars should yield to pedestrians at unmarked intersections."

The group will be meeting next week to discuss the final details of the program and how best to move forward.

The GVPN encourages residents to contact the organization to participate in the program and to get a "Stop For Me" sign.