New signage to deter panhandling being installed in Cowichan Valley 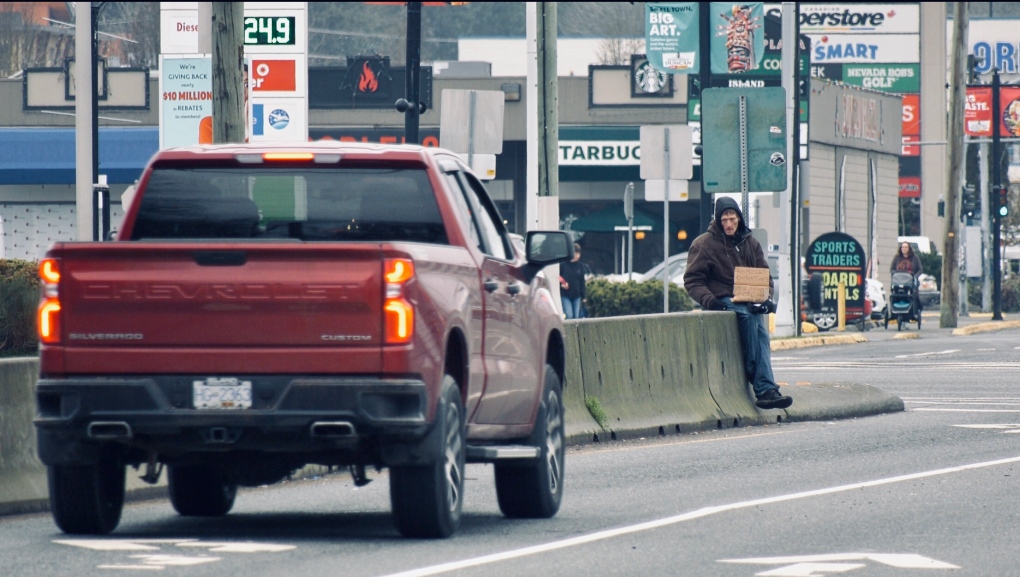 New panhandling signs will be installed in a number of communities on Vancouver Island: (CTV News)

DUNCAN -- Local island governments say that panhandling in between traffic medians in urban areas of the Cowichan Valley has become an increasing issue and that signage will soon be going up within the problem areas.

“It’s more about the amount of traffic going through and the fact that there isn’t a lot of space,” says City of Duncan Mayor Michelle Staples. “There’s a real concern for people's safety.”

With help from a local organization called Safer Working Group (SWG) and the North Cowichan/Duncan RCMP, four major intersections have been labelled the main areas of concern.

The areas span three jurisdictions in the Cowichan Valley: Duncan, North Cowichan and Cowichan Tribes. The exact intersections that will see signs installed are:

The message on each sign will read, “Panhandling on roadways is unlawful and unsafe. Please consider giving to agencies that help those in need.”

Duncan's mayor says there’s a direct correlation between the increase in homelessness and panhandling.

“That’s one of the impacts of a rising homeless population and the opioid crisis in our community,” says Staples.

Several other municipalities throughout the province have undertaken similar campaigns to combat panhandling problems. Feedback from them has been mixed, but largely positive, with some communities saying that the signage has been somewhat effective and others saying that it’s been very effective.

Other communities have also suggested that municipalities increase public education on why money shouldn't be given to panhandlers, due to safety concerns, and instead be directed towards local charities.

The City of Duncan says it is waiting for final approval from the B.C. Ministry of Transportation and Infrastructure to install the signs, but that it expects them to be going up shortly.

Cowichan Tribes and North Cowichan support the signage and the matter is before their councils for approval.

Once launched, the warning signs will be put up in traffic medians and mounted on their own posts.