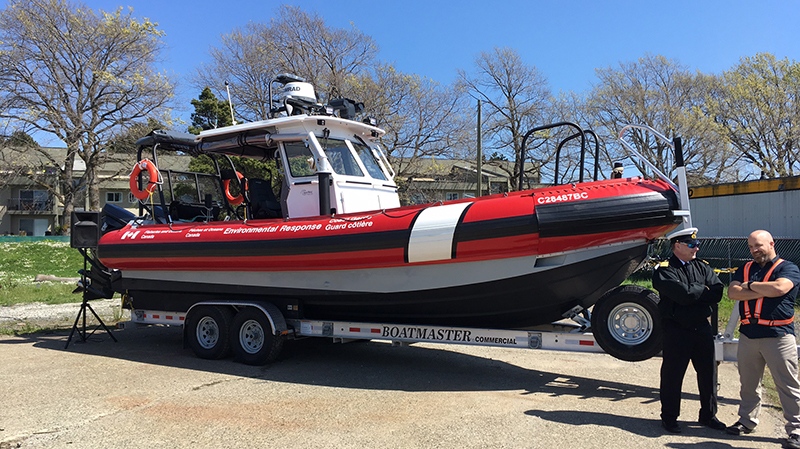 Federal and Coast Guard officials were on hand to announce the groundbreaking for a new, permanent Coast Guard station in James Bay. April 24, 2019. (CTV Vancouver Island)

Victoria will receive a new purpose-built Coast Guard Search and Rescue Station on the existing site of the Canadian Coast Guard Base in James Bay, near Ogden Point.

Federal transport minister Marc Garneau was in town Wednesday to make the announcement. The $3.4-million facility will feature operations and training rooms, living quarters for on-call crew members along with a kitchen, fitness area and living room.

"This search and rescue station will be staffed with highly trained crews available to respond to all maritime incidents in Victoria Harbour and the Eastern and Western parts of the Juan de Fuca Straight," Garneau said.

He went on to announce the delivery of new emergency tow kits that will be installed on 25 large Coast Guard vessels across Canada, including two based in Victoria: the CCGS Wilfrid Laurier and the CCGS Bartlett.

The Victoria base also received two new high-speed sweep systems, which are used in environmental response. The equipment is pulled along the water to collect and concentrate spilled oil so that it can be efficiently removed using skimmers and pumps. 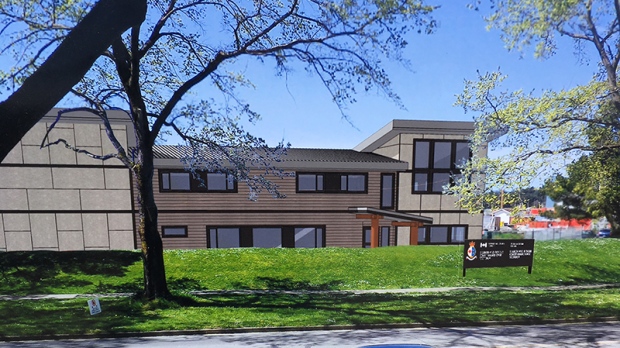 In June 2018, a temporary Coast Guard Search and Rescue Station opened in a building at the existing Coast Guard base.

In the past year, the interim station has responded to 82 search and rescue incidents and has provided more than 150 other Coast Guard programs and environmental responses.

Construction on the new base will begin this month and is expected to be completed later this year or in early 2020.