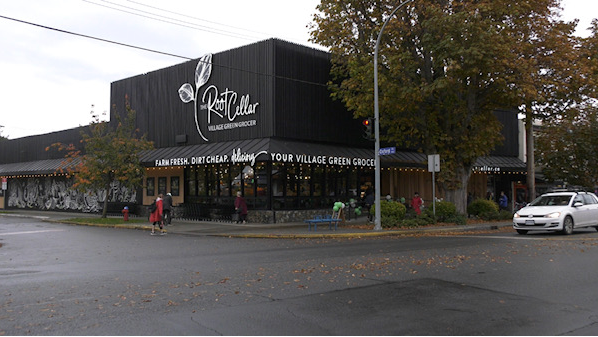 The Root Cellar has now opened a second market in the former Oxford Foods location in Cook Street Village, Victoria.

The husband and wife team that owns the market says it was always their goal to bring the Root Cellar to Cook Street.

When they had the opportunity to take over the former Oxford Foods site, they jumped at the chance.

"It was literally kind of like Christmas for us, that it was coming to fruition, because it was actually a dream of 13 years to get to be in Cook Street Village," said Daisy Orser, co-owner of the Root Cellar.

"There's quite a population of walkers in the area," he said. "There's such a density down here of smaller apartment buildings, so we see a big change. A lot of these people don't have cars, so seeing a lot of those people in has been great."