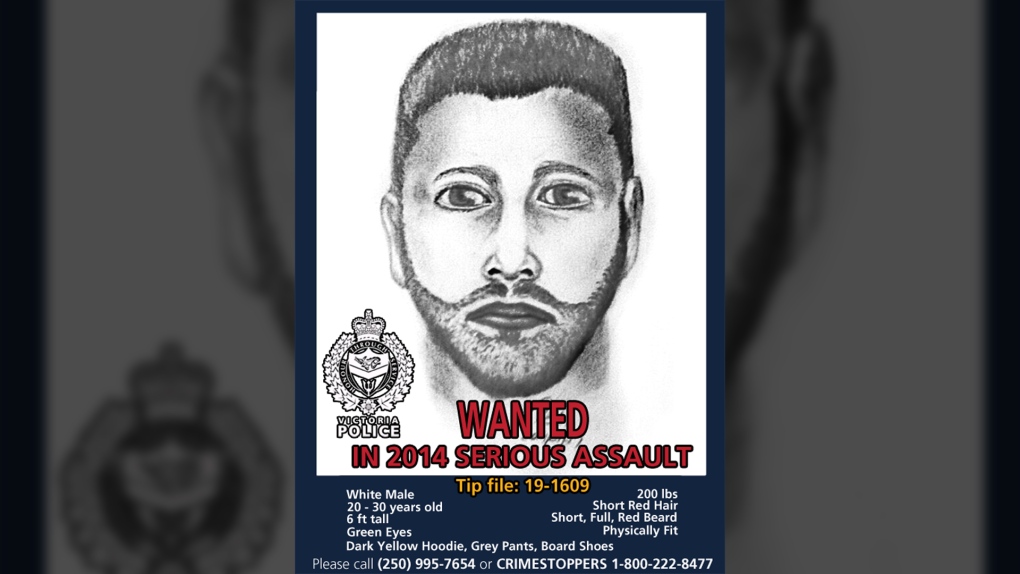 Police released a sketch of a man wanted in connection with a stabbing in Victoria's Beacon Hill Park five years ago. (Handout)

A man who spent 10 days in the hospital after being attacked in Beacon Hill Park five years ago is hoping someone will come forward with new information to help police solve the case.

“I was significantly impacted by this, and I still deal with the after effects, both physical and emotional, today,” the man, who wants to remain anonymous, said in a new statement provided by Victoria police.

It happened near a public shelter adjacent to the dog off-leash area on the Dallas Road Waterfront Trail, near Finlayson Point. His wounds were potentially life-threatening.

Along with the victim’s plea, VicPD is re-releasing a composite sketch of the attacker.

He is described as a physically fit white man between 20 and 30 years old, around six feet tall, with short red hair and a full red beard. He was wearing a mustard or green/yellow coloured hoodie with grey pants.

Investigators believe the victim and the attacker did not know each other, and the motive was something other than robbery. 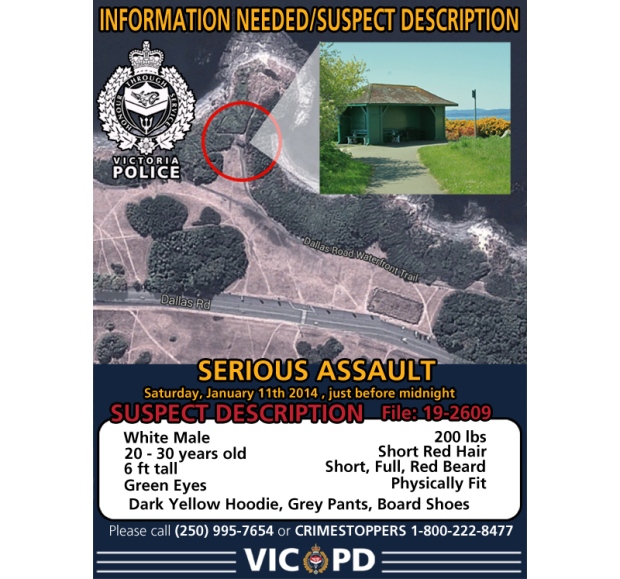