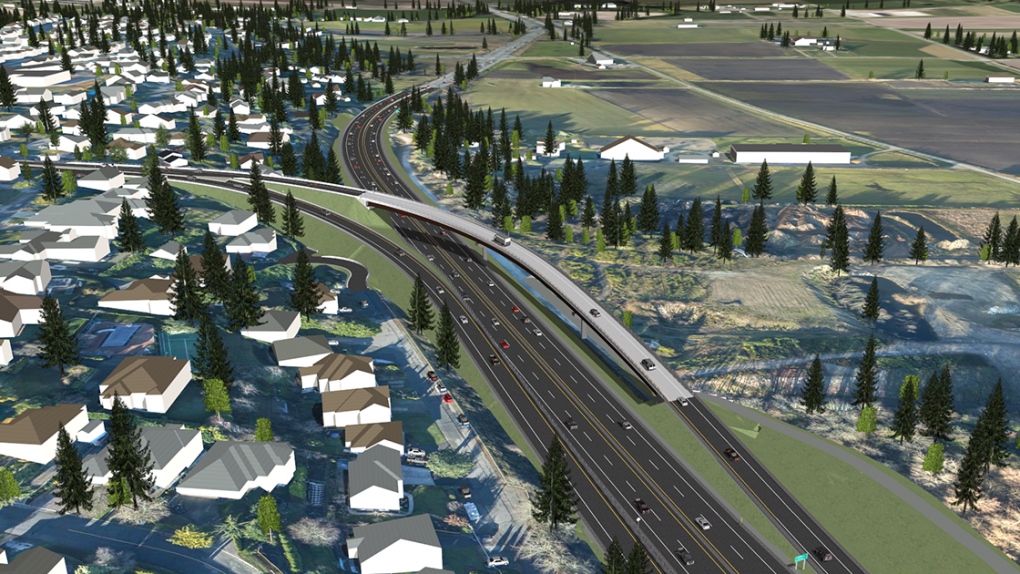 The B.C. government says final designs for a new overpass along the Patricia Bay Highway on Vancouver Island are nearly complete, with the overpass expected to open in 2025.

The overpass will be located in Central Saanich at Keating Cross Road, allowing northbound traffic to turn onto the road without having to pass oncoming highway lanes.

Currently, northbound vehicles that want to turn left onto Keating Cross Road have to wait to until there's a gap in traffic from two oncoming southbound highway lanes.

The intersection was the site of 12 crashes that caused injuries between 2015 and 2019, and was also the site of one fatal crash during that time, according to the province. 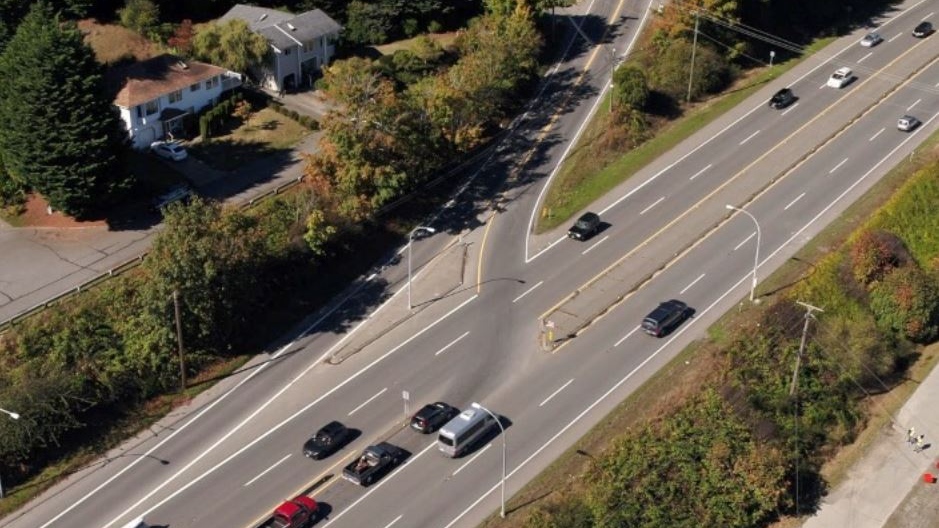 The intersection of the Pat Bay Highway and Keating Cross Road is pictured: Feb. 24, 2021 (Province of B.C. / Flickr)

The province says the overpass is estimated to cost $76.8 million, up from the original estimate of $44 million when the project was first announced in 2019.

Funding will be split between all three levels of government.

The District of Central Saanich is providing roughly $2.5 million, the B.C. government is contributing $57.6 million, and the federal government has promised up to $16.7 million.

"This project will help make Highway 17 safer for everyone who uses it and will help decrease congestion and improve connectivity for residents and local businesses," said B.C. Transportation Minister Rob Fleming in a statement Friday.

"The Patricia Bay Highway plays a critical role in connecting communities on the South Island to the services and goods they depend on, and I’m excited for work to get underway," he said.

The province says a project tender is expected to open this fall, with contractors bidding to complete the project.

Construction is expected to finish in spring 2025, according to the Ministry of Transportation.

Besides the overpass, the project includes adding a bus pull out for future rapid transit plans, a realignment of the southbound onramp from Keating Cross Road onto the highway, and construction of a new sidewalk on Keating Cross Road.

The province also plans to close access to the highway from three roads to "improve safety for all travellers."

The highway will no longer be accessible from East Saanich Road, Martindale Road and Danica Place once the project is complete.