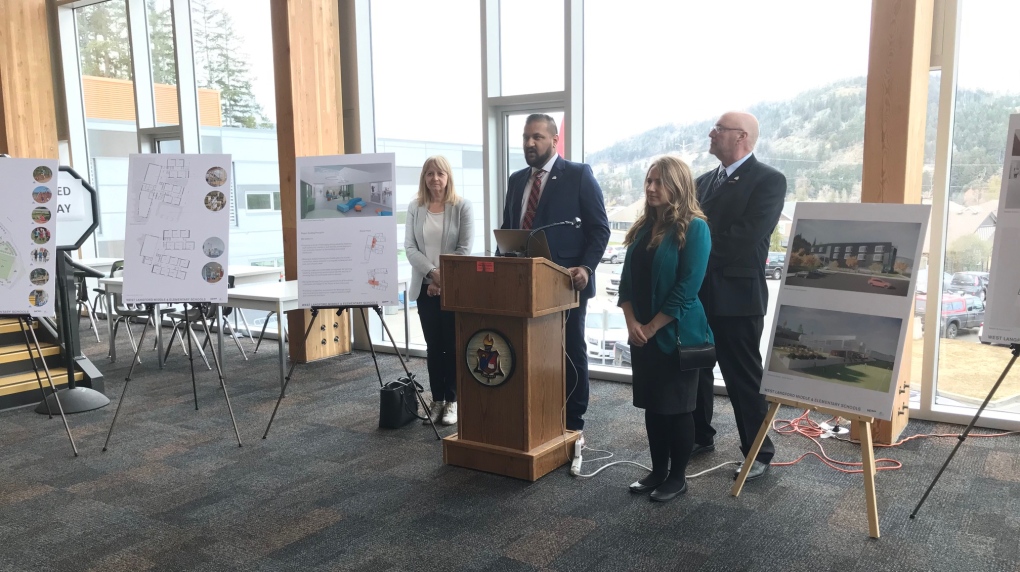 The schools, which were announced last year, will open to students in Langford in 2022.

The first school is named Pexsisen Elementary School – pronounced Puxx-See-Sung – a name given to the school district by the Songhees First Nation.

According to SD62, the name is a Lkwungen and Sencoten word that means "the opening of hands" or "to have one's hands wide open."

The school is expected to serve approximately 500 children.

The name was given to the school districted by the Sc’ianew Nation (Beecher Bay) and means "the meaning of house and the idea of community, where we raise our children," according to SD62.

The school will open with a maximum capacity of 700 students.

The upcoming schools will be located near the Westshore Parkway at a land site located at 3100 Constellation Avenue. The land is part of a treaty settlement between Sc’ianew, Metchosin, Langford and the provincial and federal government, says the school district.

The school names were originally scheduled to be released in a ceremony Thursday evening. However, the school district decided to cancel the public announcement following recent COVID-19 concerns.