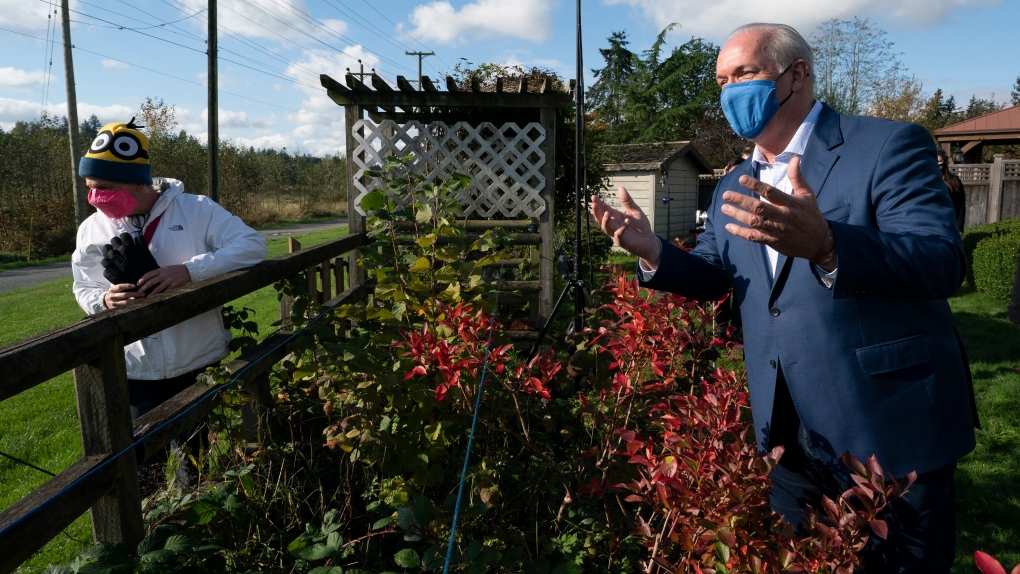 NDP Leader John Horgan speaks to a passerby following a round table meeting in the backyard of a home in Langley, B.C., on Wednesday, October 21, 2020. THE CANADIAN PRESS/Jonathan Hayward

VICTORIA -- New Democrat Leader John Horgan is campaigning in ridings traditionally held by the B.C. Liberals in the waning days of the provincial election.

Horgan says people are seeing the NDP differently after the past 3 1/2 years in government because the party has shown it can balance the books and spur economic growth.

Horgan was campaigning in Langley and was later scheduled to visit Abbotsford, areas where the Liberals have done well in the past.

In her riding today, Furstenau said the Greens have momentum, citing a recent record the party set for donations.

Liberal Leader Andrew Wilkinson stopped in Delta, where he repeated his promises to build a 10-lane bridge to replace the aging Massey Tunnel and hire 200 more police officers for the province.