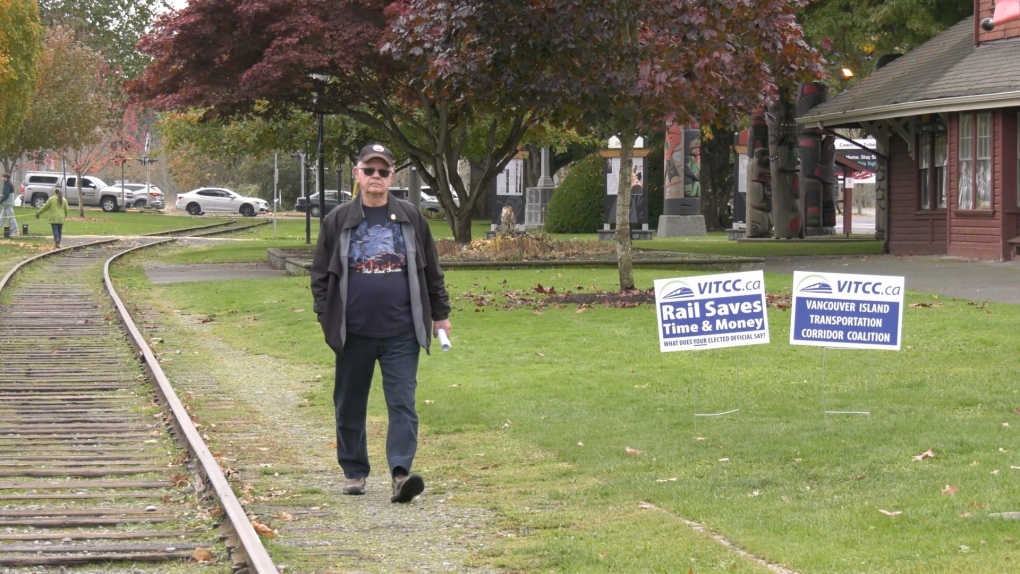 A new coalition is advocating for the revival of a commuter rail service on Vancouver Island: (CTV News)

VICTORIA -- It’s been nearly a decade since any trains have carried a passenger along the tracks of Vancouver Island, but a new group is hoping to bring rail service back to the region.

The Vancouver Island Transportation Corridor Coalition (VITCC) formed three months ago with a goal of allocating the necessary funding to get rail services running again.

“For $304 million we can do this entire system and get it back up and running and provide four different services: commuter, inner city passenger, freight and tourist trains,” said Jack Peake, media relations officer for the VITCC.

Previously, members of the VITCC were working independently to revive rail service on the island, but now they have all joined forces.

“Without forming any kind of an organization that had official status, such as a society, you really are just some voices with no concrete purpose behind you,” Peake said.

“This way we can actually put together some good proposals,” he said.

The group says funding for island rail restoration is already there and that the actual challenge is convincing the government to hand it over.

“Do you know how much carbon tax has been collected in Canada and in the province? Billions of dollars,” said Peake.

“Now the carbon tax is intended to get these cars off the road, right? And anything else that burns oil,” he said. “That carbon tax should be put into the restoration of the railway.”

The VITCC plans to hold public events to raise awareness for rail revival on the island and will be working to convince governing bodies to provide the funding for island rail restoration.

Following an assessment of the island rail corridor, completed last summer, the provincial government has estimated that the cost of repairing the rail corridor for commuter use between Langford and Victoria would cost upwards of $600 million.