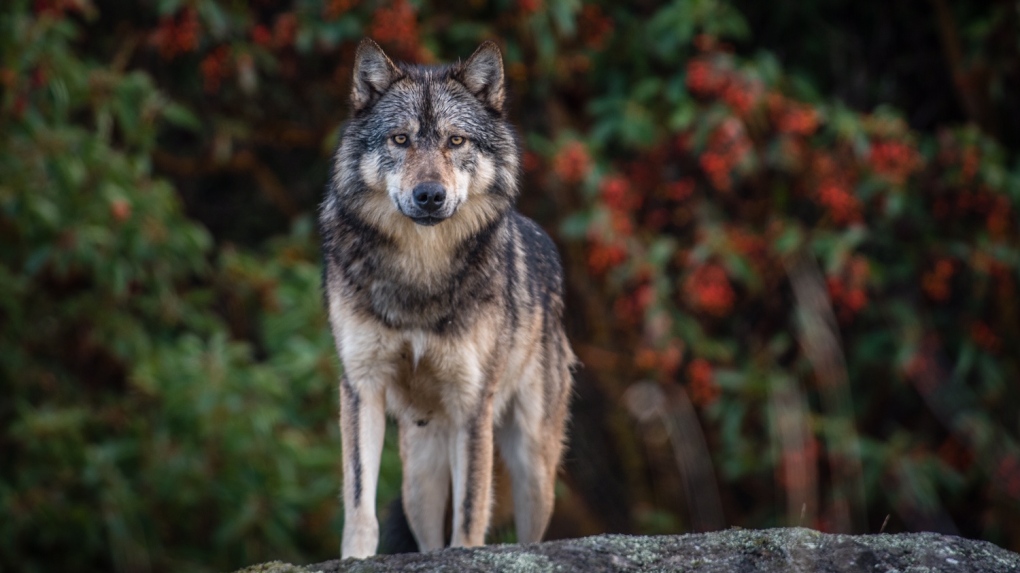 VICTORIA -- The Discovery Island wolf that touched peoples' hearts around the world earlier this year will be immortalized in a new book this week.

Takaya: Lone Wolf follows the incredible story of the wolf that lived for eight years on a small group of uninhabited islands near Victoria.

Cheryl Alexander, a conservation photographer and the book's author, studied and documented the wolf for six years, developing an admiration and a love for Takaya, also known as Staqeya.

Rocky Mountain Books is the publisher and describes the book as an "enchanting and evocative look at the unique relationship between a solitary, island-dwelling wolf and a renowned wildlife photographer."

The book’s photography is from the collection of photos Alexander took of Takaya over the years and, according to the publisher, “addresses a number of profound questions and tells a story that is certain to inspire, enlighten, and touch the heart."

Last year, Alexander was part of a television documentary about Takaya and says the book goes further, adding her personal insight and what she has learned along the way.

In January, for unknown reasons, Takaya left its small island home and swam to the Victoria area. The wolf was spotted in James Bay and eventually tracked down by conservation officers, tranquilized and relocated up-island.

Alexander says by some strange coincidence, she finished writing her book and sent off to the publishers that same day.

The conservation photographer says the book deals with Takaya’s life before the wolf's capture and eventual death by a hunter in the Shawnigawn Lake area in March.

“I think it’s a more positive and uplifting story to leave it as is," Alexander said. "It does have an epilogue which deals with what happened when he left the island.”

She says what happened after the wolf left Discovery Island will be dealt with in a second book Alexander is planning to write and publish with Rocky Mountain Books.

She hopes after people read the book they will have a love for Takaya and a recognition of what a remarkable creature he was.

The book has had some big names endorse it, including Jane Goodall and Robert Bateman.

Alexander said she will also stamp the inside of the book with a rubber stamp made from an actual Takaya paw impression.

The book isn’t the only way to experience Takaya’s legacy. On Thursday, a larger-than-life driftwood sculpture of the wolf is being installed in the main lobby of the Fairmont Empress Hotel. 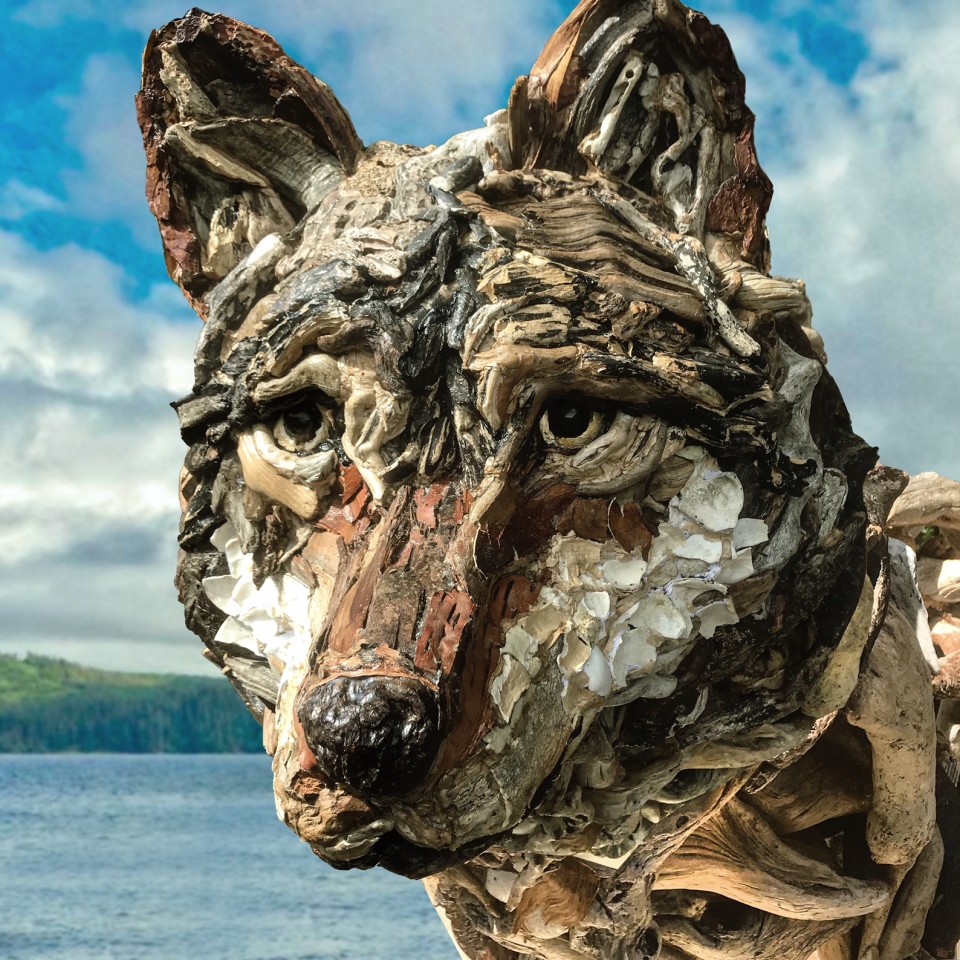 Artist Tanya Bub made the creation from driftwood she collected with Alexander. The sculpture will later move the Robert Bateman Gallery in Victoria’s Inner Harbour.

There is also a planned art exhibition starting on Oct. 24 featuring Takaya-inspired art from all over the world at the Eagle Feather Gallery in Nootka Court.