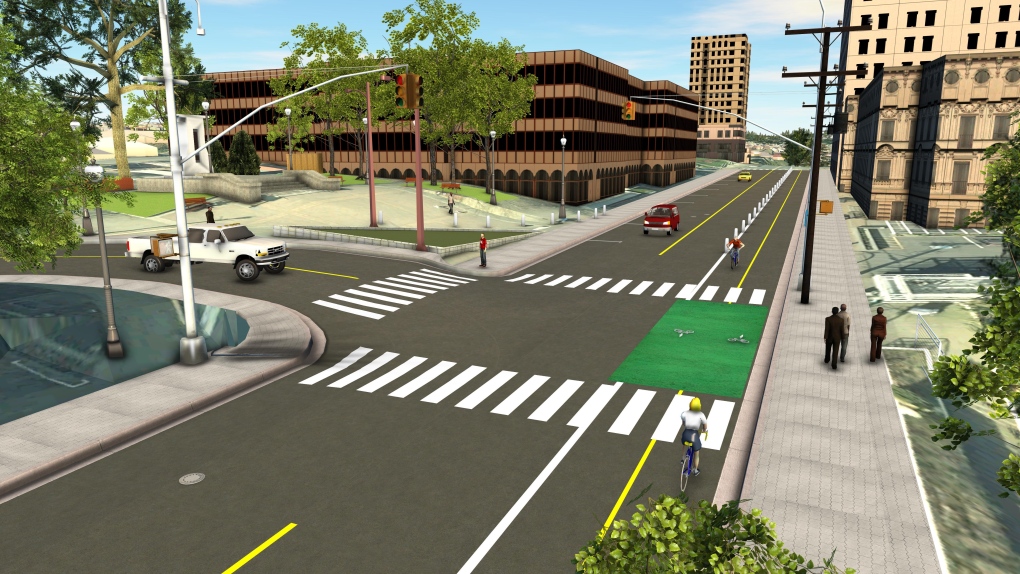 A new bike lane is coming to a one-kilometre stretch of Front Street in downtown Nanaimo. (Rendering / City of Nanaimo)

NANAIMO -- Changes approved Monday will transform a one-kilometre stretch of Front Street in Nanaimo’s downtown into a shared space for motorists and cyclists.

Nanaimo City Council voted in favour of the bike lane, which will run from Maffeo Sutton Park to the Gabriola Ferry terminal. The four-lane portion of the road will be narrowed to two lanes of vehicular traffic, and a bi-directional bike lane will be installed on the east side of Front Street.

The $400,000 project is part of the city’s plan to improve cycling infrastructure in the downtown core.

“The fewer cars we can have on it, the stronger our downtown is going to be,” said city councillor Erin Hemmens. “Rather than have people just drive through.”

The project is expected to start soon and is supposed to be complete by the end of the year.