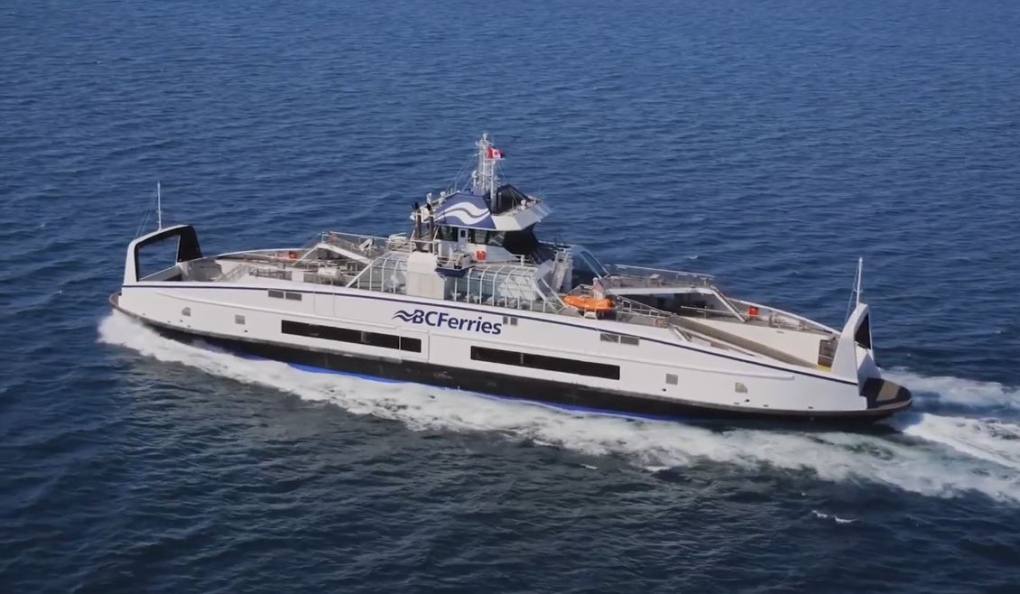 The hybrid ships are designed to reduce underwater noise and CO2 emissions. (BC Ferries/Youtube)

VANCOUVER -- A pair of new, hybrid electric ferries destined for service on Vancouver Island will soon enter the Pacific Ocean for the first time.

BC Ferries expects to take ownership of the two new "Island Class" vessels sometime in early 2020. For now, they're waiting for their turn to transit through the Panama Canal, according to a release from BC Ferries on Thursday.

The ferries departed Romania on Nov. 20 aboard a semi-submersible delivery ship named Sun Rise. Once it arrives at Point Hope Maritime in Victoria, the Sun Rise will submerge itself to allow the two ferries to float into their berths, before refloating itself by pumping water out of its ballast tanks.

Island Class ferries are designed to be fully electric, but the technology needed to charge them from shore isn't yet available, so they also run on hybrid engines.

In addition to reducing emissions, the vessels are also designed to reduce underwater noise, BC Ferries said in its release.

Each Island Class ship will be able to carry 47 vehicles and up to 300 passengers. BC Ferries says the vessels will enter service on the Powell River-Texada Island and Port McNeill-Alert Bay-Sointula routes by mid-2020.

The provincial ferry operator has ordered four more Island Class ships from Netherlands-based Damen Shipyards, which built the first two. The next four are expected to enter service in 2022.