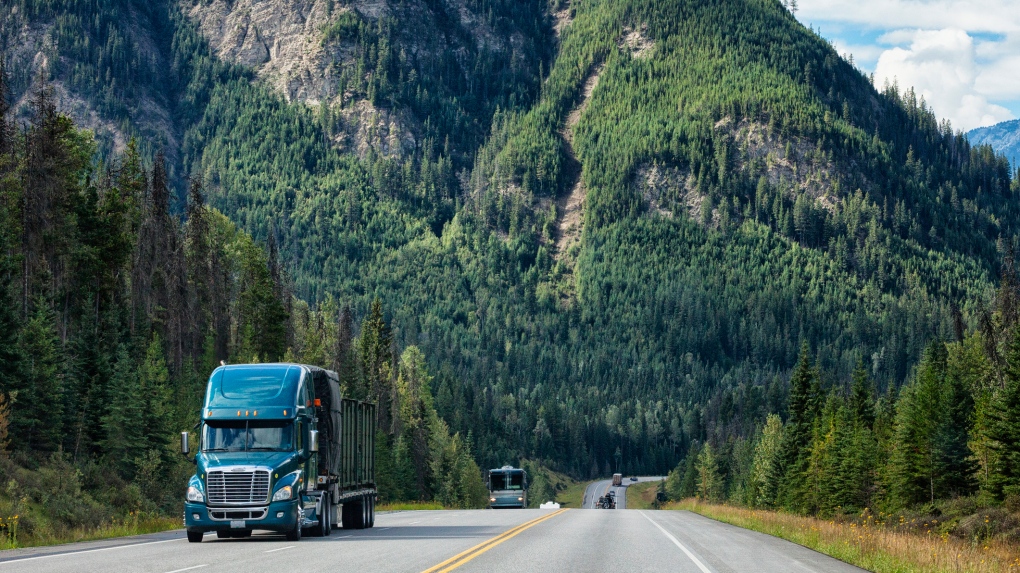 A semi-truck is pictured driving on the Trans-Canada Highway in southern British Columbia: (iStock)
Victoria -

The British Columbia government says truck drivers will be safer and more skilled once they have completed the province's new mandatory entry-level training program.

The Ministry of Transportation says in a written statement that beginning next Monday, anyone applying for a B.C. Class 1 driver's licence must successfully complete the training program before attempting a road test.

A Class 1 licence is required by operators of truck and trailer rigs where the trailer is equipped with air brakes.

The ministry statement says the program aligns with a new truck driver training framework introduced across Canada in February 2020 as part of the National Safety Code.

Lawrence and Ginny Hunter, whose 18-year-old son Logan died in the 2018 Humboldt Broncos bus crash, have called for better truck driver training since an inexperienced trucker missed a stop sign in Saskatchewan and collided with the hockey team's bus, killing 16.

They say truck and bus drivers cope with risky and changing conditions while operating some of the heaviest vehicles on the road, and they believe B.C.'s new program “is an important step toward improving overall commercial vehicle safety across Canada.”

“By harmonizing our program with other provinces, new commercial drivers in British Columbia will be able to smoothly and confidently operate across Canada,” Matthews says in the statement.

B.C. has 15.5 hours of theoretical and hands-on air brake training, almost double the time required by standards set by the National Safety Code, the ministry says.

The new Class 1 program has been delivered by 46 approved truck driver training schools across B.C. since August.

This report by The Canadian Press was first published Oct. 6, 2021.