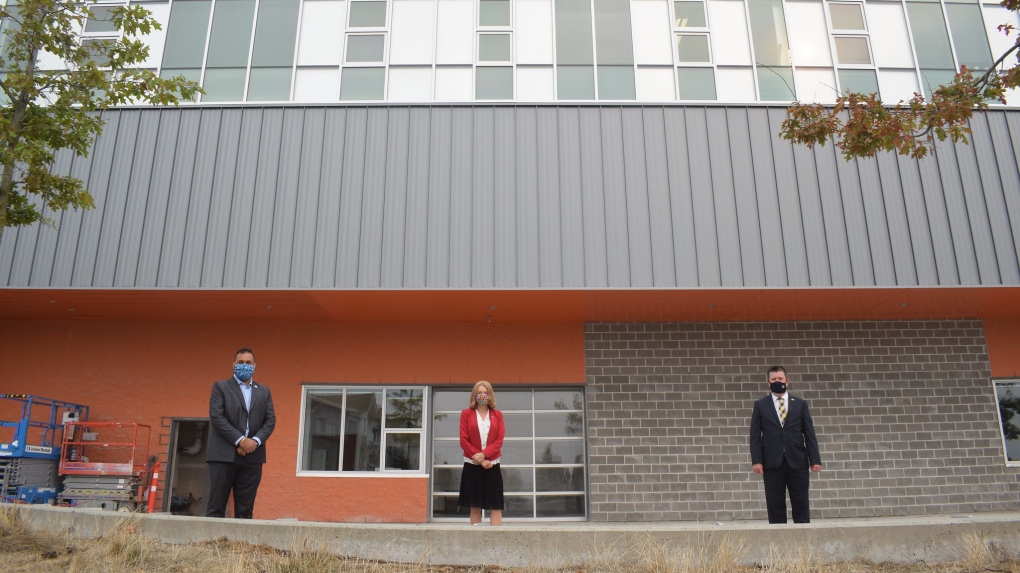 The future elementary school will be located on the same development site as the current Royal Bay Secondary School: (Province of B.C. / Flickr)

VICTORIA -- To keep up with growing demand, the B.C. government and Sooke School District have purchased a plot of land in Royal Bay to serve as the future site of a new elementary school.

The school will be located near Royal Bay Secondary School, between Latoria Boulevard and Metchosin Road.

The announcement comes the same week that a large $29.9 million expansion at Royal Bay Secondary School opened to students.

The expansion includes the addition of 600 seats for students, which brings the school’s total capacity to 1,400 seats.

The exact size of the new elementary school has not yet been determined. The province says it is working with the school district to develop plans for the exact scale of the school.

The B.C. government contributed $8.3 million to purchase the land while the school district provided $1.2 million.

“This is an exciting time for families in Royal Bay and all of the West Shore, as we continue building and expanding the schools our community needs,” said Mitzi Dean, MLA for Esquimalt-Metchosin in a statement Thursday.

Over the past three years, eight school capital projects have been funded in the Sooke School District.

Among those projects were the announcements of a new 700-seat middle school, a new 600-seat elementary school and five other site purchases for future schools.