'Never seen them stuck on there': Transport truck lands on highway median in Campbell River, B.C.

'Never seen them stuck on there': Transport truck lands on highway median in Campbell River, B.C. 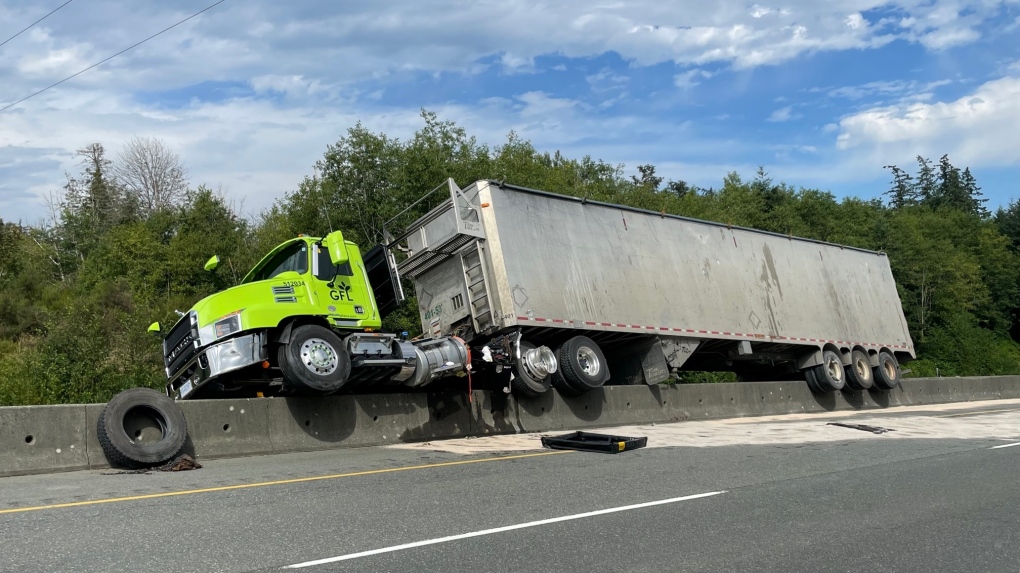 A commercial truck driver escaped serious injuries after the rig he was driving ended up on top of a concrete barrier Wednesday morning in Campbell River, B.C.

The southbound rig, owned by GFL Environmental out of Cumberland, B.C., wound up on the barrier that divided Highway 19 between Willis Road and 14th Avenue in Campbell River after the driver apparently experienced a medical issue.

"I talked to the driver and he was choking and trying to stay in his lane, and the truck obviously hit the 'no-post' and climbed up on there and ruptured a fuel tank," said a commercial driver who was stuck in the highway closure.

The accident shut down two northbound and two southbound lanes for several hours as crews dealt with a fuel spill along the highway and tried to figure out how to remove the rig from its unusual location. 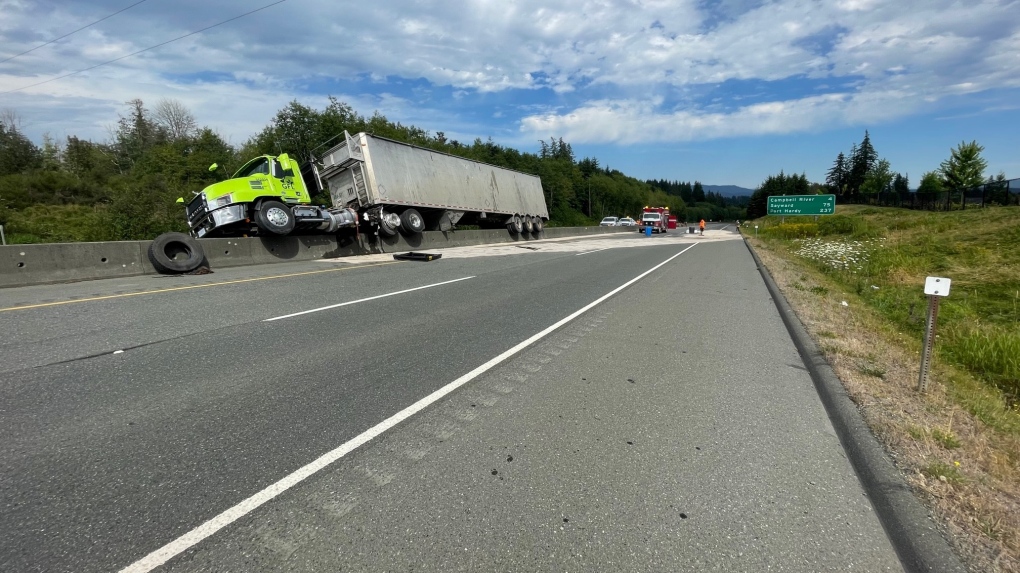 Don Bachmier, road foreman for Mainroad Contracting’s Campbell River region, says the fuel was contained to the highway and didn’t make it into nearby drainage ditches.

"We’ve got a fuel spill that we’re responding to with the local fuel response team and we have both lanes [closed] due to that," he said. "We can’t let anybody track that fuel down the road more than necessary."

On Wednesday morning, Bachmier said the plan was to eventually open up the slow lanes in both directions before being able to fully clear the rig – an operation that was expected to take between four and eight hours at a minimum.

Removing the truck was made more difficult because the rig was located underneath power lines which crossed over the highway.

"With the power lines here we won’t be doing any lifting at all, we’re going to have to be doing some pulling with the big wrecker," he said.

The truck was empty at the time of the crash and Bachmier says the spot it ended up was highly unusual.

174 dead after fans stampede to exit soccer match in Indonesia

Panic and a chaotic run for exits after police fired tear gas at an Indonesian soccer match to drive away rampaging fans left at least 174 dead, most of whom were trampled upon or suffocated, making it one of the deadliest sports events in the world.

Violence and a deadly stampede that erupted following a domestic league soccer match Saturday night marked another tragedy in Indonesian football. Here's a look at how the chaos occurred and what is being done to prevent future incidents.