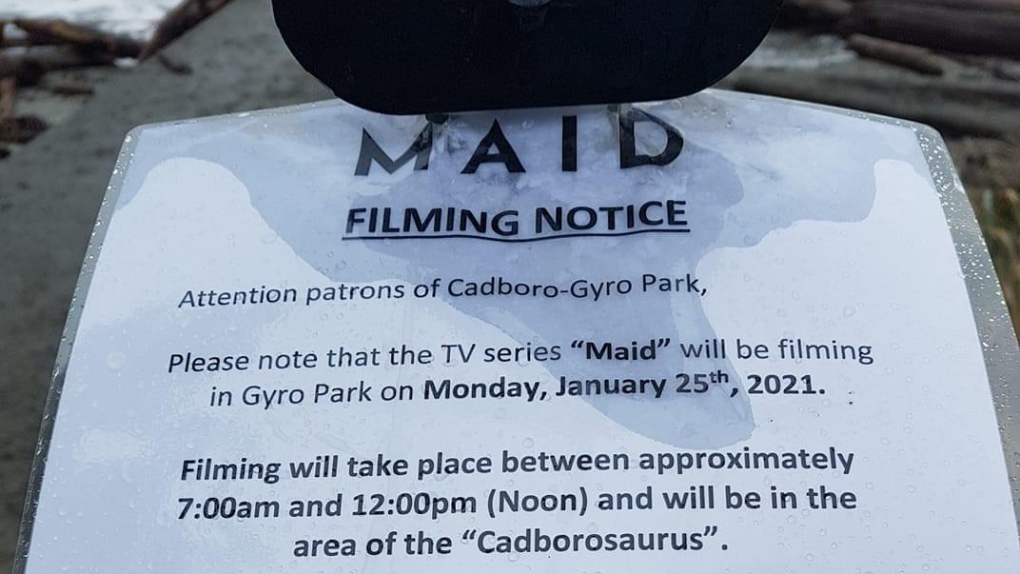 The television show was filming in Saanich’s Cadboro-Gyro Park on Monday morning.

A filming notice posted at the park said filming would be taking place "in the area of the 'Cadborosaurus'" between 7 a.m. and noon.

"The majority of Gyro Park will remain open to the public during our filming," reads the notice.

Maid first began filming in Greater Victoria in September. It began production in the Royal Beach area of Colwood and was later seen filming on portions of the Pat Bay Highway in October, when sections of the highway needed to be temporarily shut down for filming.

The Netflix series is expected to finish filming in late March.

Meanwhile, another television series, Scaredy Cats, was filming in the Victoria area earlier this month.

Bastion Square was transformed into a Halloween-themed set on Jan. 21.

According to the Creative BC website, filming of Scaredy Cats is expected to finish in early February.