Neighbours band together to shut down alleged drug house in Nanaimo 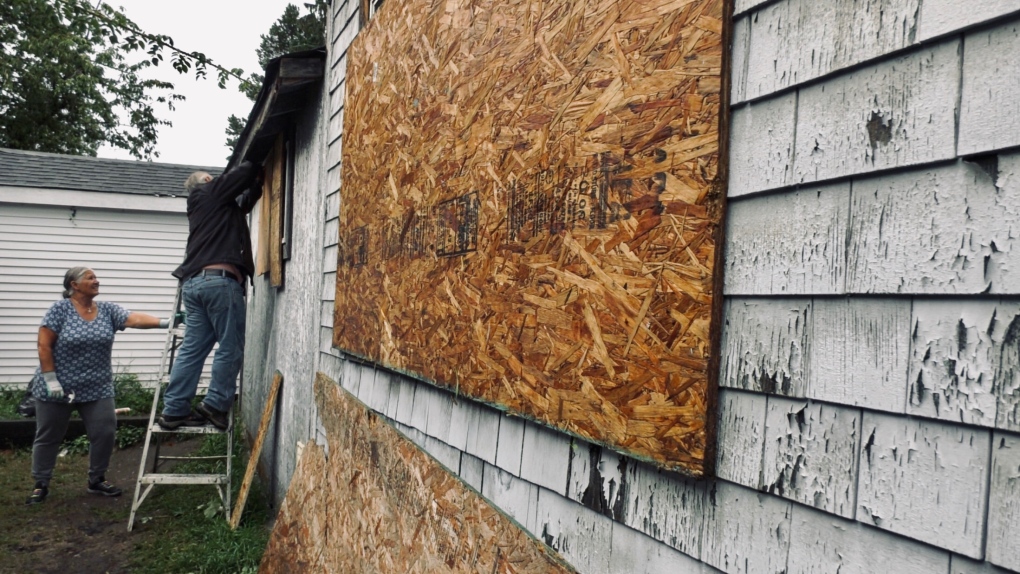 Residents of the Nob Hill community in Nanaimo board up windows at an alleged drug house that they helped shut down: (CTV News)

NANAIMO -- The Nob Hill community in the downtown core of Nanaimo came together to shut down a home that they say was overrun by drug addicts and prostitutes.

Accompanied by Nanaimo RCMP on Friday morning, BC Hydro came to the Milton Street home and shut off the power.

Neighbours say the estate owner – who was the brother of the deceased homeowner – who lives on the Sunshine Coast was also at the home and gave the people living inside 60 minutes to get out.

“He said, 'I’m here to evict you. You got an hour to pick up your stuff and leave,'” said Cowell.

The estate owner also helped board up all the windows and doors of the home.

According to residents of the neighbourhood, problems with the home began when the homeowner passed away in October. The homeowner had someone living with them at the time who was allowed to stay in the home.

While the pair were living together, the roommate began allowing alleged drug addicts to visit the home. When the homeowner passed away, the drug addicts took over the home and by mid-March, the house had became full of drug activity, say neighbours.

That’s when residents of the neighbourhood formed a community group and all worked towards getting the home deemed as a “nuisance property.”

According to the City of Nanaimo’s website, nuisance properties are properties with activities that "substantially and unreasonably interfere with a person’s use and enjoyment of the land he or she occupies."

The group began documenting all the activity going on at the home and called the RCMP and city bylaw service more than 500 times before the home was shut down.

“There were some nights I was afraid to go to sleep,” said neighbour Joy Reavley. “Lots of us have not slept for months.”

On July 20, the group’s hard work paid off and the home was deemed a nuisance property.

On Friday, 10 people were removed from the home without incident.

A trailer in the back of the property which was allegedly used for prostitution was also removed.

The estate owner tells CTV News that the property has been up for sale since March and the people living inside were definitely deterring sales.

The neighbourhood group that shutdown this property says it wants to start helping other communities who may be experiencing the same problems.

“It’s terrible for people to have to live the way we’ve been living for the past six months,” said Cowell.