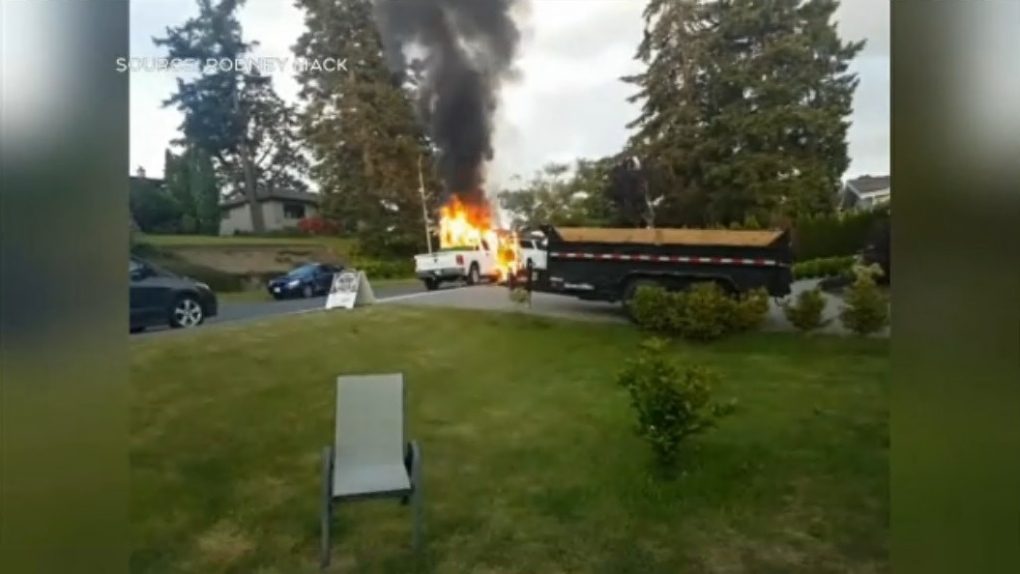 Rodney Mack lives next door to where the blaze broke out on Ridgebank Crescent. He took video of the bright orange flames and thick black smoke pouring out of the vehicle.

"I woke up this morning thinking, 'Oh, I'll just go grab myself a cup of tea and go sit down in front of the TV,'" Mack told CTV News Vancouver Island. "And suddenly I hear this, 'Pop, pop, pop.' I look out my front window and my neighbour's white truck was on fire. I mean really on fire. The passenger door was wide open, flames billowing out."

He estimates the flames were as tall as eight or nine feet.

Mack called 911 as soon as he saw what was happening, then went outside to shoot video for investigators to use in determining what happened.

"They're considering it arson right away because, again, with the video I had, the door was wide open and apparently the window was smashed," Mack said.

He described the neighbourhood as "pretty tight," the kind of place where everyone knows their neighbours, and said many residents came outside to offer their support to the owner of the truck Saturday morning.

"For something like this to go on in our neighbourhood, you just, you wonder," Mack said. "I hope they do catch the person."