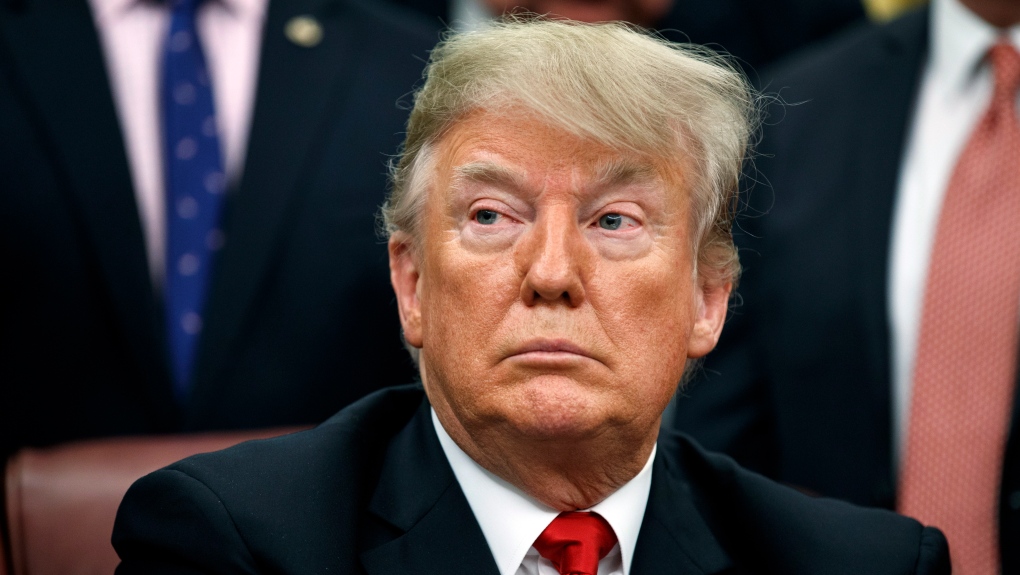 VANCOUVER -- When the U.S. House of Representatives voted to impeach President Donald Trump on Wednesday, it made some people happy, others angry and a few B.C. residents a little bit richer.

Betting on whether Trump would be impeached began shortly after his election in November 2016, with novelty betting sites around the world taking wagers on whether it would happen.

In B.C., nearly 500 bets were made that Trump would be impeached during his first term, according to a release issued Friday by the British Columbia Lottery Corporation.

BCLC says bettors who made that wager won a total of roughly $19,000 between them, good for an average payout of slightly more than $38 for each bet.

Despite his impeachment, Trump remains the betting favourite to win the 2020 presidential election, according to BCLC, with 3/5 odds. Democratic Party front-runner Joe Biden is second, with 6/1 odds.

Trump is just the fourth president in U.S. history to face impeachment proceedings in the House, and the first since Andrew Johnson in 1868 to be impeached during his first term.

Johnson and Bill Clinton were both impeached in the House, only to have the Senate vote against removing them from office. Richard Nixon resigned before the House could vote on articles of impeachment.