Navy exercise to include missile launches, return of Canadian submarine off B.C. coast 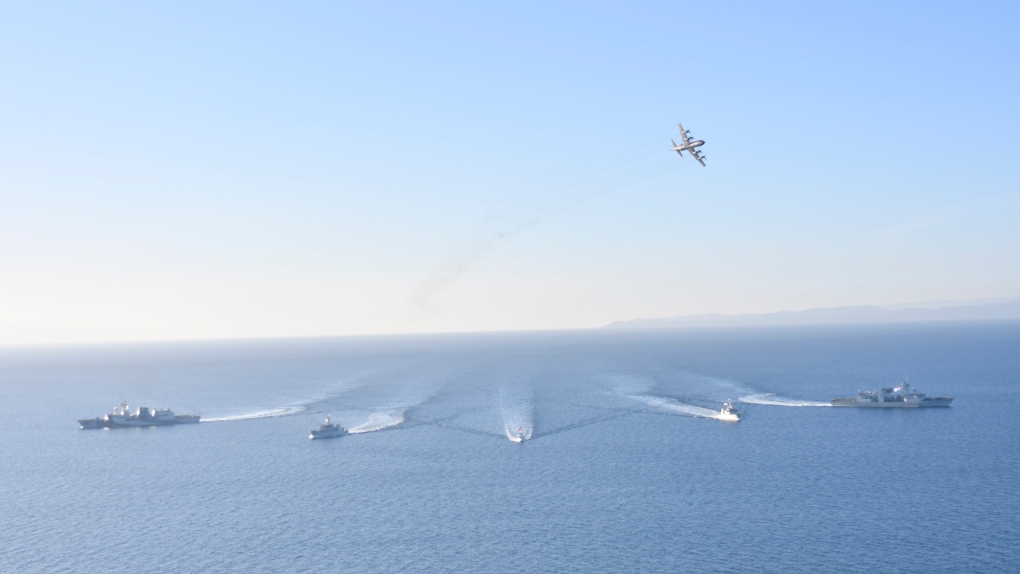 VICTORIA -- Hundreds of sailors from five Canadian warships have been quarantining in Victoria, B.C. hotel rooms in preparation for large-scale war games next week alongside the United States Navy.

Approximately 800 personnel from both sides of the border will participate in Task Group Exercise (TGEX) 21-01 off Vancouver Island. The exercise is scheduled for 12 days, starting Monday, and will feature a simulated airborne drone attack repelled by four shipborne missiles.

The exercise also signals the return to regular operations for submarine HMCS Victoria, which has undergone extensive maintenance and upgrades since its last outing in 2015.

Once fully operational, the sub will “provide a consistent submarine presence in our coastal waters and the western maritime approaches to Canada,” according to Canadian Submarine Force commander Capt. Jean Stéphane Oullet, who is currently aboard the Victoria.

Robinson was speaking from HMCS Regina, one of two Canadian frigates leading the exercise next week. The ships will sail with two CH-148 Cyclone helicopters out of Victoria, and will be joined by a CP-140 Aurora patrol plane from 19 Wing Comox.

The patrol plane will be crucial to clearing a test range off the west coast of Vancouver Island for a live-fire trial of the navy’s Evolved Sea Sparrow surface-to-air missiles. 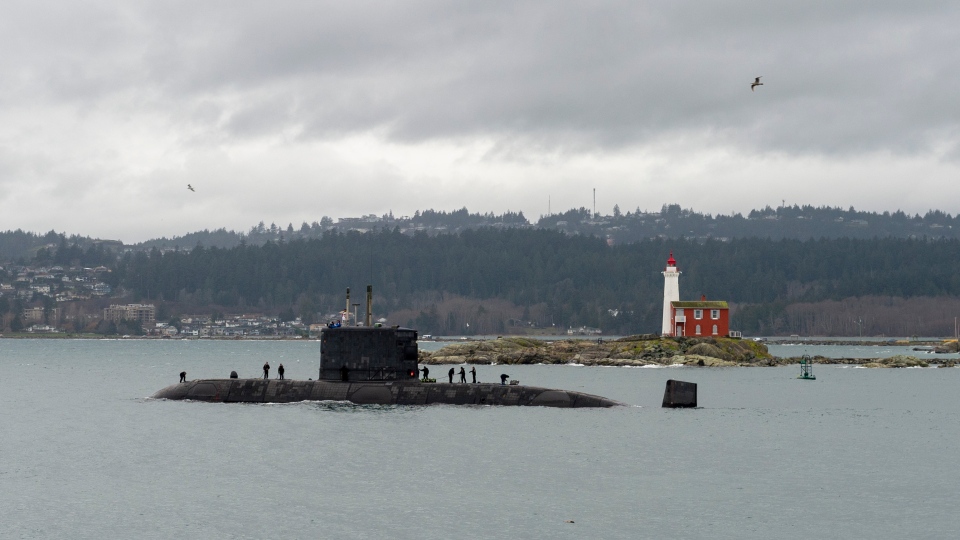 HMCS Victoria in the waters off Esquimalt, B.C. in December 2020. (DND)

The Regina will launch a Vindicator aerial drone from its deck to simulate an airborne attack before the incoming aircraft is shot down by four missiles fired from the Regina and HMCS Calgary.

Such testing is usually done off Hawaii or San Diego, Robinson said. But COVID-19 restrictions have forced the navy to keep the tests close to home. The last time missiles were fired off the coast of Vancouver Island was in June 2018.

The two frigates will be joined by three coastal defence vessels and several U.S. Navy and U.S. Coast Guard vessels and aircraft.

When the exercise wraps later this month, HMCS Calgary will depart for the Indian Ocean and the Arabian Sea for international counter-terrorism duties on Operation Artemis.

At the same time, coastal defence vessels HMCS Brandon and HMCS Saskatoon will deploy to the Pacific coast of South America for anti-drug trafficking commitments as part of Operation Caribbe.

“At home, maritime defence and security is the navy’s first priority, helping ensure Canada’s maritime approaches are effectively monitored and protected,” said Robinson. “TGEX 21-01 is two-pronged in that it contributes to the RCN’s mission of supporting defence at home while preparing for our international operations.”