Nanaimo to get only speed-enforcement camera on Vancouver Island 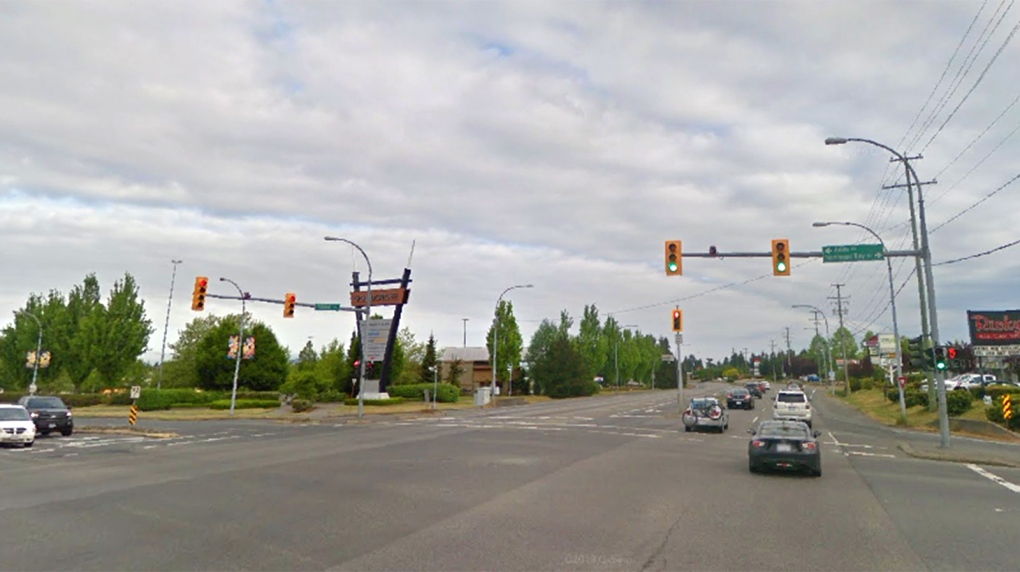 The intersection of Aulds Road at Island Highway in Nanaimo, where a new speed camera is now automatically ticketing offenders, is shown in this undated Google Maps image. (Google Maps)

Starting Monday, drivers in B.C. will see new automated speed enforcement cameras rolled out at certain intersections across the province, including one in Nanaimo.

The first five new cameras will be activated Monday, and Colin Hynes, a spokesperson for the Ministry of Public Safety, says the remaining 30 will be installed in a phased approach wrapping up next spring.

The new cameras will ticket drivers entering these intersections well over the posted speed limit on a red, yellow or green light.

The provincial government announced the locations of 35 intersections that would receive new cameras in May, after analyzing speed and crash data at 140 intersections currently equipped with red-light cameras.

The only camera to be activated on the island is at the intersection of Island Highway and Aulds Road in Nanaimo.

According to the Minstry of Public Safety, around 60 per cent of crashes on B.C. roads are at intersections, and the new cameras will be strategically placed at high-risk intersections best suited to ticketing speeding drivers and changing their behaviours.

Seven of the 35 intersections are in Surrey and 12 are in Vancouver, followed by three in Burnaby.

The locations of the 35 upgraded red-light cameras, which can now detect and automatically ticket speeders, are shown in the map below: