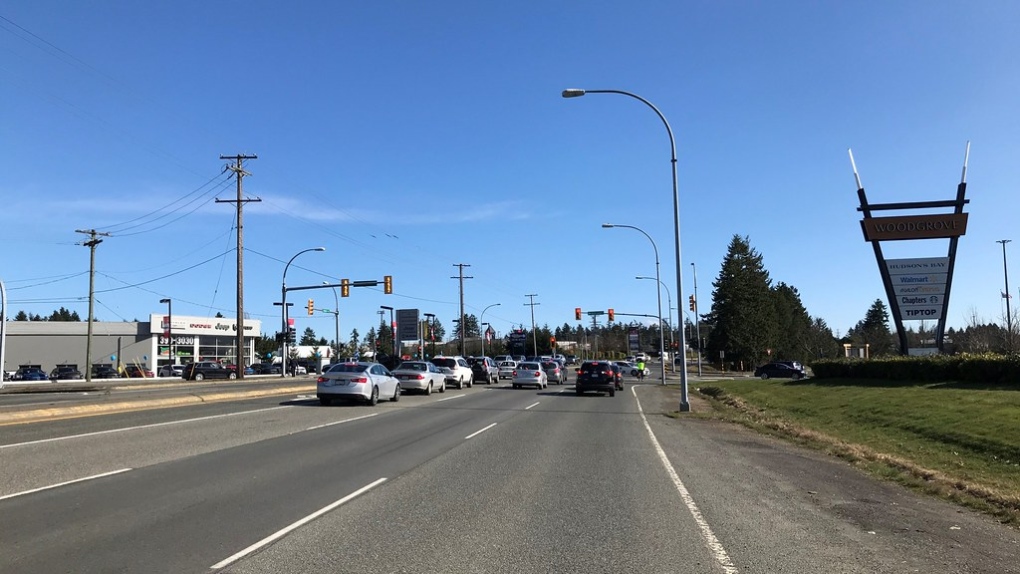 The B.C. government has lowered speed limits along a busy stretch of Highway 19A that passes through Nanaimo to improve safety: (BC Government / Flickr)

VICTORIA -- Speed limits have been lowered in the City of Nanaimo along a section of Highway 19A that crosses through the community's north end shopping district to improve driver safety, according to the B.C. government.

The speed limit has been dropped from 80 km/h to 70 km/h along Highway 19A between Enterprise Road and the Highway 19/Highway 19A junction.

The provincial government decided to lower speed limits in this area as the stretch of highway contains many businesses, including entrances and exits to Woodgrove Centre and Costco Wholesale.

"Reducing the highway speed limit will help lower the chance of collisions for people entering and leaving the highway along this commercial corridor," said the Ministry of Transportation and Infrastructure in a news release Wednesday.

The province says that an intersection safety camera located at the intersection of Aulds Road and Hammond Bay Road along Highway 19 will still be active as the speed limit changes.

While the safety camera's red-light function will still be online, the device's speed-enforcement function will be deactivated for the next five months to allow drivers to adjust to the new speed limit, says the province.

The B.C. government's decision to change the area's speed limit came after "extensive monitoring", an engineering review and consultation with the City of Nanaimo, RCMP, Commercial Vehicle Safety and Enforcement and ICBC.

Posted speed limits in other areas of Highway 19A will continue to use their existing speed limits.