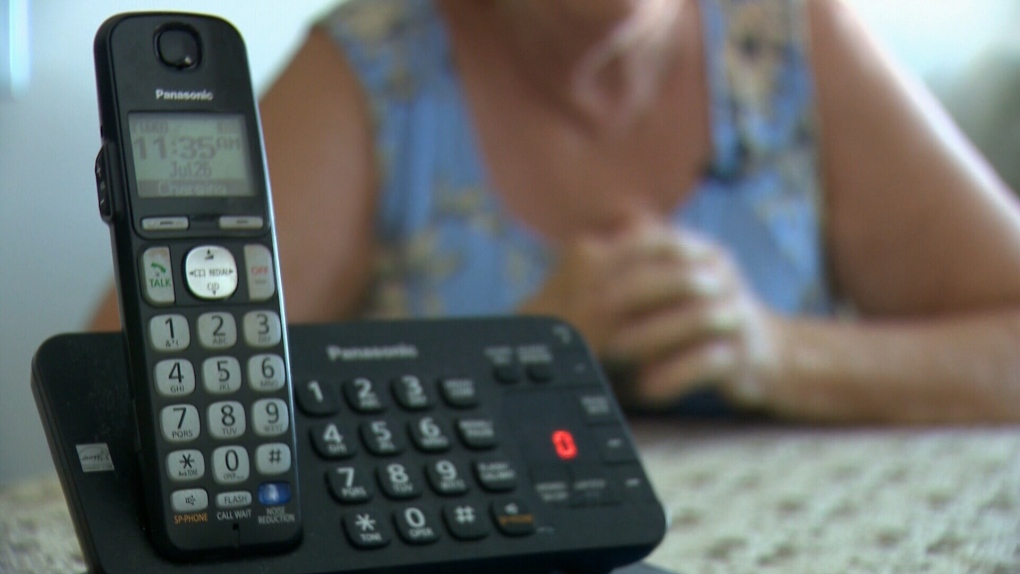 A landline phone is seen in this file photo.

VICTORIA -- Nanaimo RCMP are urging residents to be wary of phone scams after a woman was defrauded nearly $27,000.

Mounties say the scam began in March after the victim received several phone calls saying that she had won a massive $750 million lottery grand prize that also included a new Mercedes-Benz.

The scammer, who told the woman his name was Dave Morin, told the victim that she needed to pay some initial taxes before she could claim her prize.

Over the next approximately three weeks, the woman was instructed to send the scammer cash by mail or send him pre-paid Vanilla gift cards to several different addresses across North America.

After the funds were sent, but the lottery prize never arrived, the victim spoke with a family member who alerted her that she had been scammed.

"Sadly, this happens more often that not, and in many cases the victim only realizes that they have been scammed when the prize never comes," said Const. Gary O’Brien of the Nanaimo RCMP.

The victim has since changed her phone number and has stopped using a landline, according to police.

Mounties are warning residents to be on the lookout for scams, which can come through the phone, email, social media or print mail.

Nanaimo RCMP have offered some tips on how to protect yourself from similar scams, which can be found below.