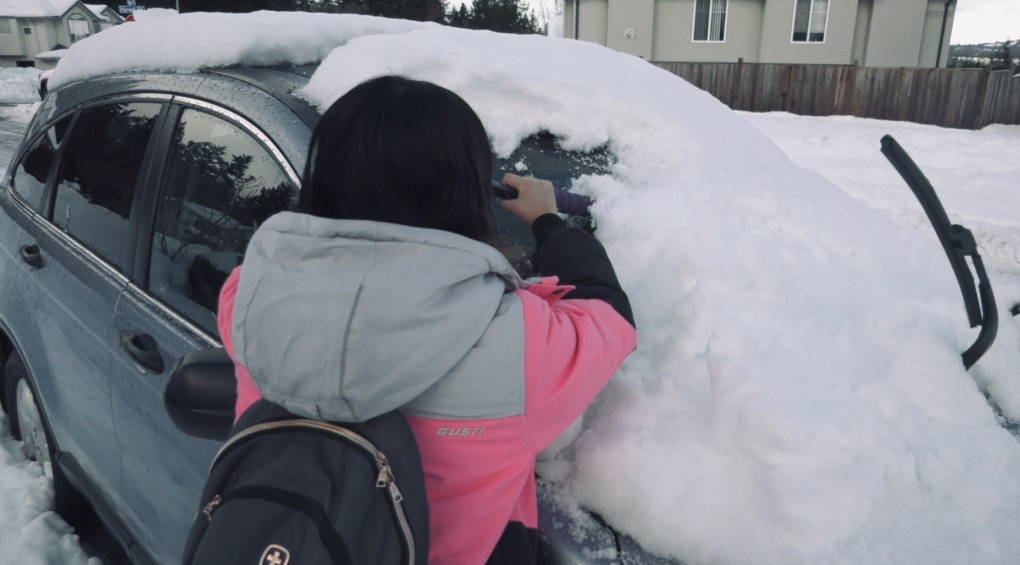 During Thursday's major snowfall, Mounties in Nanaimo, B.C., were on the lookout for "rolling snow forts" and educating drivers about the dangers of snow-covered vehicles.

“Drivers have to be aware that if there’s a quick stop or the wind hits that snow it can blow back and damage another car, temporarily blinding the driver,” said Nanaimo RCMP Const. Gary O’Brien.

Police say many people are not taking the time to clear their vehicles or are unaware that they can be fined for failing to remove the snow.

"Officers took it upon themselves to assist them in cleaning off their cars and treated it as an educational experience," said O’Brien.