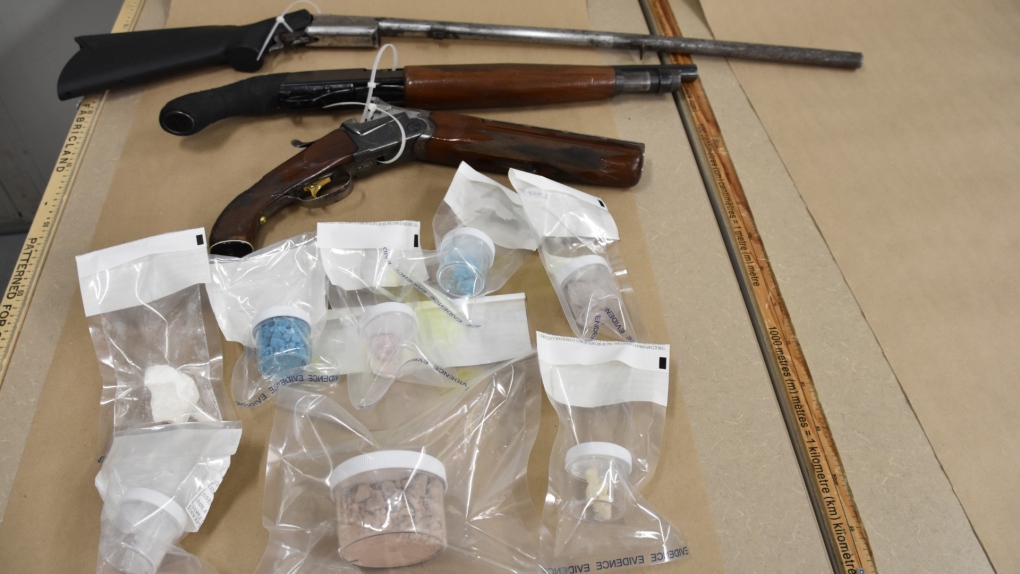 Police seized six ounces of fentanyl, an ounce of cocaine and small amounts of methamphetamine, according to police. (Nanaimo RCMP)

VICTORIA -- Two people in Nanaimo are in custody after the local RCMP’s drug unit uncovered several ounces of drugs, including fentanyl, according to police.

The Nanaimo RCMP say drug officers and the Vancouver Island Emergency Response Team raided a home in the 1200-block of Nanaimo Lakes Road around 9 p.m. on Nov. 6.

Police seized six ounces of fentanyl, an ounce of cocaine and small amounts of methamphetamine, according to police.

Police say this was the third significant fentanyl seizure in the city in two weeks.

“While our officers are pleased with these short-term successes, they also recognize they must keep pressure on those involved in the drug trade, as other drug dealers are expected to fill the void left by those arrested,” said Const. Gary O'Brien of the Nanaimo RCMP.

Tasha Leone, 48, and Kyle Busch, 28, were remanded in custody until Nov. 17 and Nov. 23, respectively. Both are currently before the courts on similar drug charges, police said.