Nanaimo RCMP searching for 'violent' man wanted out of Abbotsford 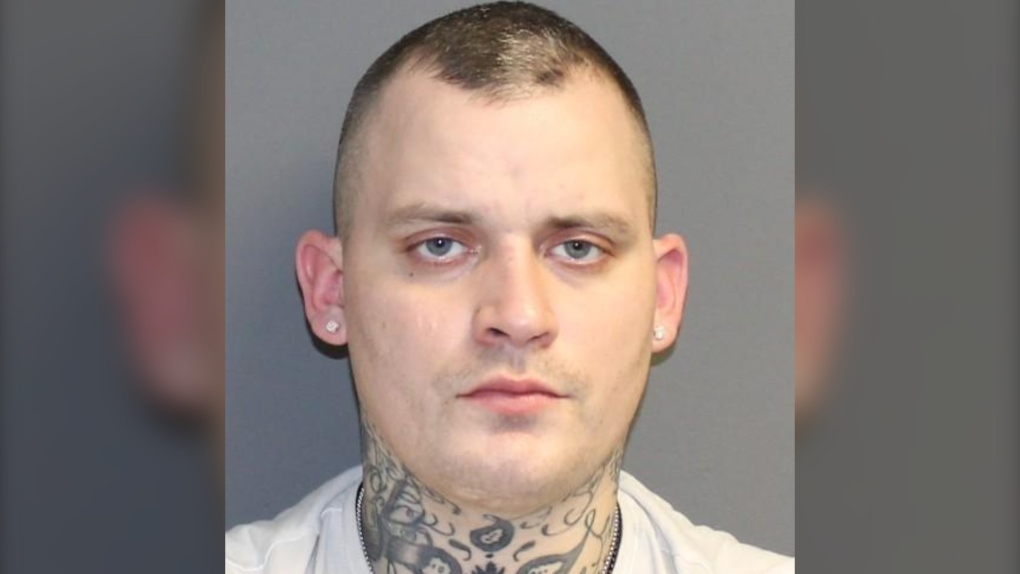 VICTORIA -- Nanaimo RCMP are on the lookout for a man who is wanted on the Lower Mainland and who is believed to be on Vancouver Island.

Police are searching for Stuart Forrest, 31, who is wanted by Abbotsford police for breaching probation.

Nanaimo RCMP say that Forrest is considered a violent offender who has a history of possessing weapons, including replica firearms.

Mounties note that he is believed to have multiple connections across central Vancouver Island.

Forrest is described as a white man who stands 5'9" and weighs approximately 190 pounds. He has short brown hair, blue eyes, and many tattoos, including some on his neck. Police say the photo of him is considered recent.

Anyone with information on his whereabouts is asked to call the Nanaimo RCMP non-emergency line at 250-754-2345.