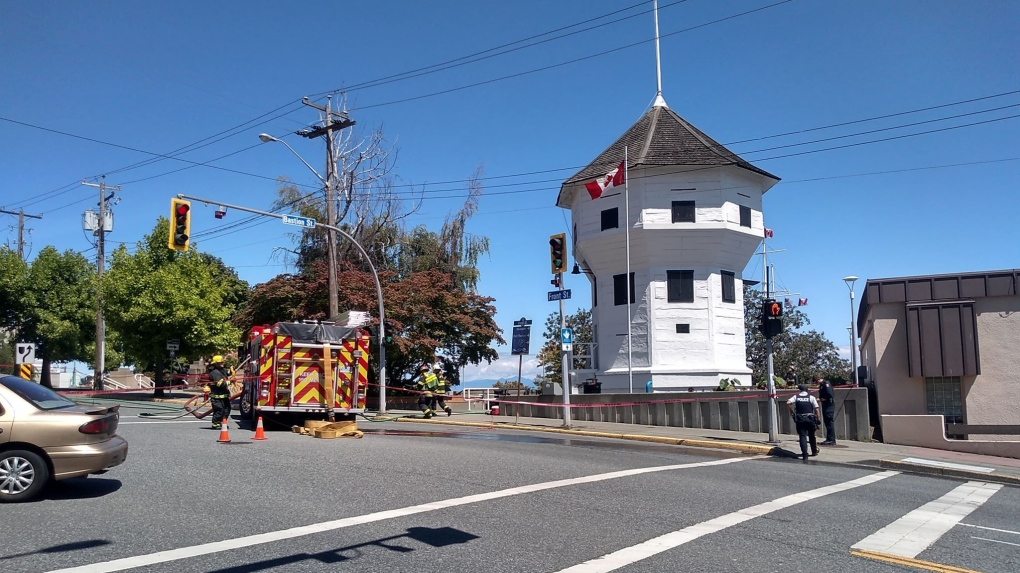 VICTORIA -- Police in Nanaimo are searching for two people who were seen at a historic downtown building just moments before it was set on fire.

Nanaimo firefighters and the RCMP were called to reports of a small blaze at the Bastion building around 12:35 p.m. Monday.

The cylindrical building is a historic centrepiece of the city and was once used as an armed lookout over the harbour.

Police now say someone deliberately started the small fire in the building's stairwell. The flames spread to a door before a passerby saw the fire and deployed a nearby extinguisher.

Mounties say that two people were seen at the fire at the time of the incident.

"Although this structure was unoccupied, the building and the contents have a significant historical value," the RCMP said in a statement Tuesday.

"We are looking for assistance in locating the persons responsible for this fire."

A historic cannon is still fired from the building as a summer tourist attraction.

Firefighters say there was some concern when the call came in as gunpowder is still housed in the basement of the building.

Anyone with information about the fire is encouraged to contact the Nanaimo RCMP non-emergency line at 250-754-2345.