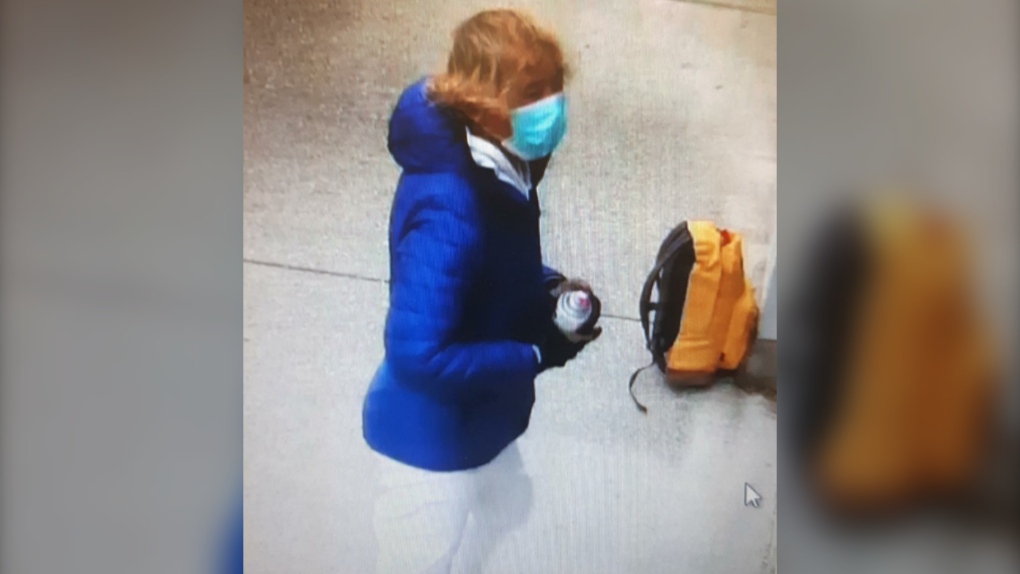 A surveillance photo released by RCMP shows a person of interest who allegedly spray-painted a large swastika in red at business in central Nanaimo.

The incident happened overnight on Thursday, Oct. 14. Employees found the hate symbol the next morning and immediately reported to police.

It was later removed once officers were able to document it.

Surveillance photos shared by police show the person of interest was wearing a blue puffy jacket and white pants with a yellow backpack lying next to them. The individual had distinctive bright orange hair and police believe the person may be a woman.

The incident may be related to another swastika that was found drawn in cement near the Cameron Island condominium in the city’s downtown. That was reported to police on Wednesday, Oct. 13.

"Because of what these images represent, we will not be showing the images to the public," said Const. Gary O’Brien of the Nanaimo RCMP.