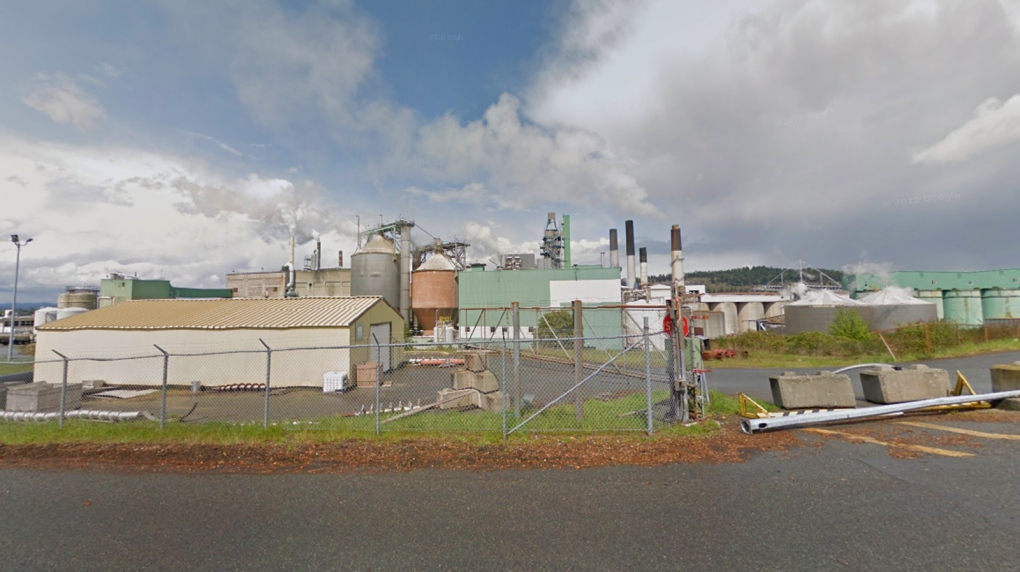 Harmac mill in Nanaimo is shown in this undated Google Maps image.

VANCOUVER -- A British Columbia mill that makes a special recipe of pulp for surgical masks, gowns and other medical supplies has doubled up on its production for an American customer amid the COVID-19 crisis.

Harmac Pacific president Levi Sampson said their round-the-clock production at the mill near Nanaimo, B.C., has been diverted to make the medical-grade pulp.

“We've never had a doubling for this grade of pulp, so you can tell that there's some supply problems out there,” Sampson said.

There are more than 300 full-time workers at the mill and Sampson said the employees take pride in going to work because of the product they're producing.

“Every day it seems to be more and more health-care professionals are talking about either lack of supplies or worried about it in future,” Sampson said.

Sampson said Deputy Prime Minister Chrystia Freeland called him Saturday wanting to know more about the business, where the company's product goes and to congratulate Harmac employees “for continuing to run and be able to produce a product that will eventually make its way to the front lines.”

The shortage of medical masks has created political friction between Canada and the United States.

President Donald Trump invoked a law that forces U.S. producers of medical supplies to increase production and prioritize orders for American use.

Manufacturing giant 3M said in a statement Friday it had been told by the White House to stop exporting the equipment to markets in Canada and Latin America, something the White House has denied.

3M said there were significant humanitarian implications in not sending N95 masks to health-care workers in Canada and Latin America, where it is a critical supplier of respirators.

Prime Minister Justin Trudeau said Sunday he was confident that Canada would still be able to import N95 protective masks from the United States despite an export ban.

Trudeau said he planned on speaking with Trump about the issue.

The prime minister noted that Canada supplies the U.S. with many products, including pulp for masks, test kits and gloves and Canadian nurses also work in the United States.

Trudeau says it would be harmful to both nations if the flow of those goods and services stopped.

Sampson wouldn't reveal who Harmac's customer is in the U.S., but did say it was not 3M.

He said Harmac's pulp is unique in the world and because it's a blend of primarily western red cedar, a soft fibre, it allows it to be mixed with synthetics to make the end products like masks and gowns.

Some of that medical equipment is making its way back to Canada, Sampson said.

“This is a global problem, it's not just a Canadian problem. So, wherever medical supplies are needed and where there's a shortage, everybody should be doing their part to make sure they can supply as much medical supplies to the front line as possible.”

The stress is running high and people are scared around the world, he said.

B.C. Health Minister Adrian Dix said Friday that Canada and the U.S. should be working together because COVID-19 doesn't stop at borders.

“I think parochial action such as this is not consistent with what we need to do with our society,” he said.

This report from The Canadian Press was first published April 5, 2020.