A Nanaimo, B.C., man has been sentenced to life in prison for the murder of a woman in Brentwood Bay in 2019.

Alan Charles Chapman was sentenced for the second-degree murder of Emily Caruana at the law courts in Victoria on Monday.

He also received two seven-year sentences for two aggravated assaults during the same attack. All three sentences will be served concurrently.

He is ineligible for parole for at least 18 years.

The attack occurred in the early hours of May 12, 2019, at a home along Meadowlark Lane in Central Saanich.

Caruana was visiting her grandmother at the home from the Lower Mainland, along with her boyfriend, uncle and young cousin.

The court heard that at 12:30 a.m. that night, the peaceful slumber of the residential street was "shattered" when Chapman broke into the home thinking it belonged to another person whose identity is protected under a publication ban.

Chapman burst into the home and immediately headed up the stairs where all of the bedrooms were located. 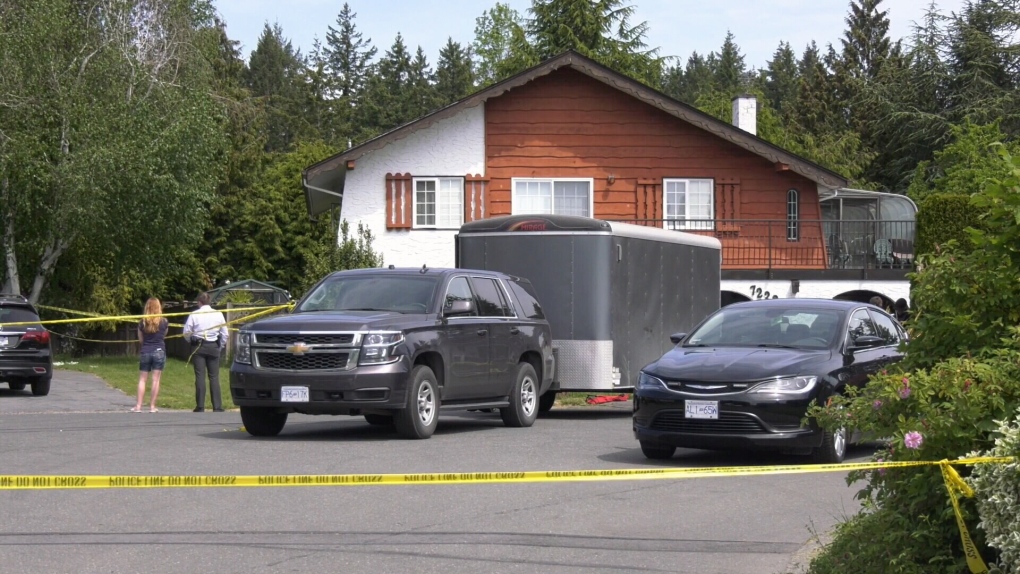 The noise awoke Caruana's uncle and grandmother who confronted Chapman.

The court heard that Chapman asked "where are the knives?" before entering the kitchen and grabbing a large chef's knife.

He then set off for the room where Caruana and her boyfriend, Justin Booth, were sleeping.

Caruana's uncle, John Caruana, attempted to stop Chapman but was stabbed several times, leaving him seriously injured and requiring a multi-day stay in the ICU.

Chapman then entered the bedroom where Caruana and Booth were staying and attacked the couple. Booth had a brief engagement with Chapman before he was also stabbed, resulting in serious injuries that required intensive care in hospital.

B.C. Supreme Court Justice Anthony Saunders described the attack as an "act of unimaginable violence" with the traumatic events still impacting the victims and their families.

The injuries that Booth and John Caruana received will also have lifelong effects, including the loss of Caruana's right kidney and the loss of mobility in one of Booth's hands.

'I AM TRULY SORRY'

Chapman was arrested as he fled the scene, driving back to his home in Nanaimo that evening.

Police deployed a spike belt to stop his vehicle, and at the time of the arrest Chapman – who was impaired by drugs – still seemingly believed he had killed his intended target and not Caruana.

On Monday, Chapman addressed the court, expressing remorse and apologizing to the family.

"In this tragic set of circumstances there's nothing I can do to relieve your pain as a family," he said.

He added that there was nothing he could do to earn their forgiveness, and that he didn't expect any.

"I am truly sorry for what happened," he said. "All I can do is offer my guilty plea to bring closure to the court process."

When delivering the sentence, Saunders said that Caruana's death was a "shattering blow" to her family and friends.

The attack also left the victims and their relatives with lifelong physical injuries and emotional trauma that Saunders said would "no doubt" continue indefinitely.

He added that the loss of Caruana, 20, left "an enormous hole" in the lives of her family.