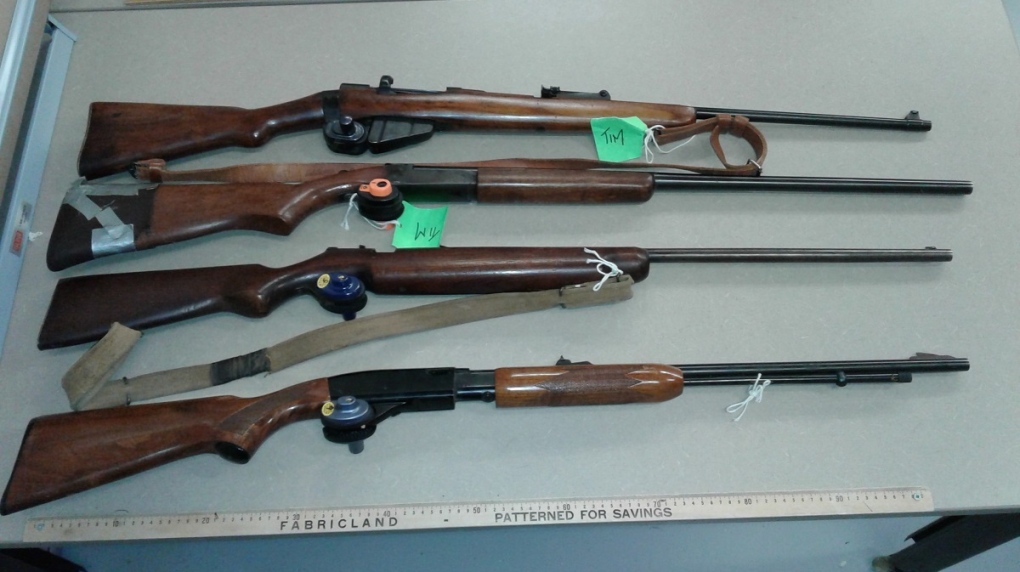 Police officers in Nanaimo were taken aback when they found a man walking down the street with an arsenal of rifles.

Officers saw a man walking near Northfield Road in the early-morning hours of May 9 carrying a blanket slung over his shoulder.

The officers questioned the 23-year-old man about his bundle and were told it was just a large blanket.

“It’s not too often we find someone walking down the street in the middle of the night with a blanket full of rifles,” said Nanaimo RCMP Const. Gary O’Brien.

The rifles all had trigger locks on them.

“They were obviously stolen and it is now up to us to find out where they came from and have them returned.”

Officers arrested the man for possession of stolen property.

Police are now hoping to reunite the guns with their rightful owner.

The rifles had a tag with the name Tim on them, police said.

The RCMP have registered the serial numbers, but so far the weapons have not been reported stolen or connected to any crime.