Nanaimo man arrested after alleged assault with a weapon 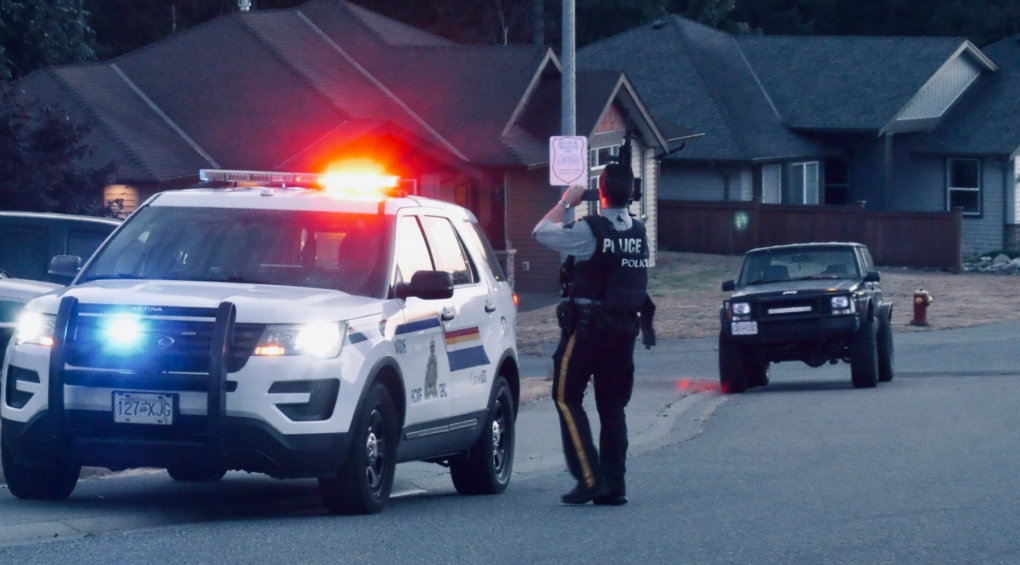 VICTORIA -- A 37-year-old Nanaimo man has been arrested after a reported assault with a weapon.

Nanaimo RCMP were called to a home Tuesday evening after a complaint of an assault during which a gun was allegedly brandished.

Police say the suspect fled from the scene in his vehicle before officers arrived.

Police located the vehicle outside a home in the city's north end just after 8 p.m.

Neighbours on Mountain Vista Drive say officers with their weapons drawn told them to go inside and lock their doors.

Mounties used a loudspeaker to coax the man outside without incident.

On Wednesday, police say they executed a search warrant on the suspect’s home. Inside, officers found a range of firearms and ammunition.

Police say that there were multiple guns that were unsafely secured inside of the home, as well as numerous magazines which were loaded but not placed into firearms.

Mounties also discovered “military grade munitions” at the residence. The Canadian Armed Forces have since been contacted to retrieve and dispose of the munitions safely.

The man was held in police custody overnight and investigators say there is no further risk to the public.

Anyone with information about the incident is asked to call the Nanaimo RCMP non-emergency line at 250-754-2345.