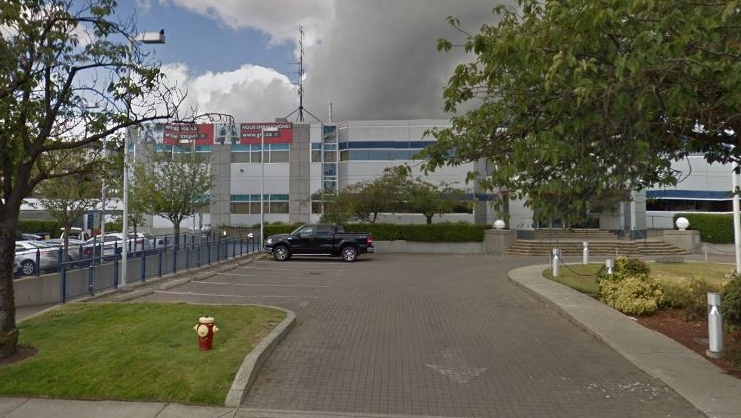 The Nanaimo RCMP detachment is shown in an undated Google Maps photo.

VICTORIA -- A 22-year-old woman was sent to hospital Monday following a collision with a car in Nanaimo.

RCMP say the crash took place near the intersection of Estevan Road and Departure Bay Road around 10:15 p.m.

Witnesses told police that the woman was jogging southbound on Departure Bay Road when she decided to run across Estevan Road towards Island Highway. She was then struck by a Volkswagen Golf that was turning left onto Estevan Road.

Paramedics, police officers and firefighters responded to the scene. The woman was taken to hospital for treatment of serious but non-life- threatening injuries.

The driver of the vehicle, a 43-year-old woman, remained at the scene and spoke with investigators. Police say they have ruled out drugs or alcohol as factors in the incident for both the driver and the victim.

Mounties note that the jogger was not crossing the street at a designated crosswalk at the time.

Police say they are reviewing factors of the crash, including “weather, road and lighting conditions, actions of the driver and that of the victim.”

The driver has since been issued a traffic ticket for operating a vehicle without a valid B.C. driver’s licence and her vehicle was towed away from the scene.