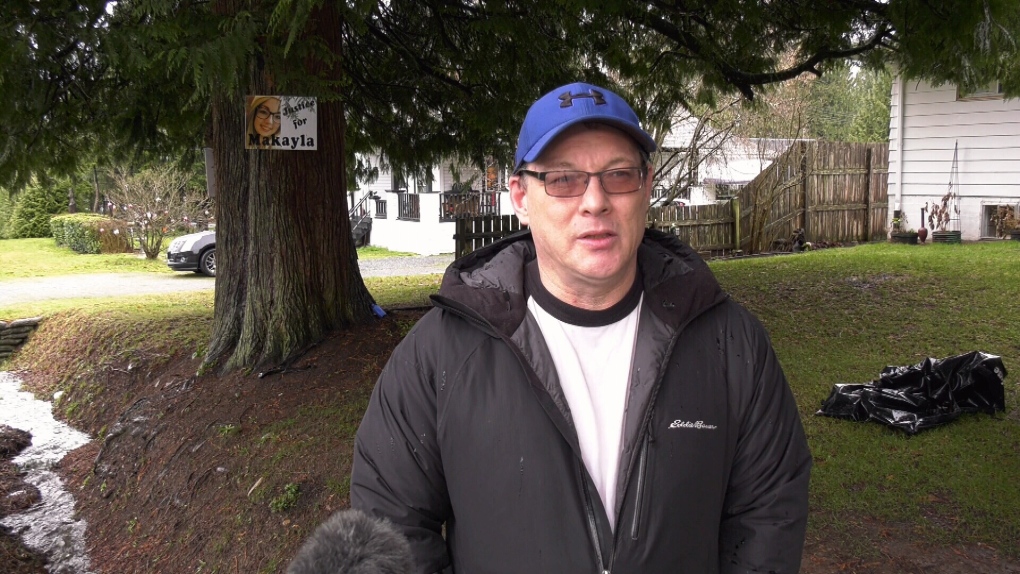 Kerry Chang, father of murdered Nanaimo teen Makayla Chang, says he is relieved that a person of interest has been arrested by RCMP on unrelated charges: Jan. 7, 2020 (CTV News)

VICTORIA -- A Nanaimo father whose teen daughter was murder two years ago is relieved that police have found a person of interest in the case.

Makayla Chang, 16, was originally reported missing in March 2017, but two months later her body was found and the case was officially deemed a homicide.

In August 2019, police issued a Canada-wide warrant to find Steven Bacon, 60, calling him a person of interest. At the time, Mounties said he may have important information on the investigation.

The Nanaimo RCMP announced on Friday that Steven Bacon was arrested on an unrelated charge to Chang’s investigation. They would not share where he was arrested.

“We are coming up on three years here and it has been quite the battle for us,” said her father, Kerry Chang, on Tuesday. “We are hoping for the best that there will be a conviction soon.”

Police searched Bacon’s home before Chang’s body was found in 2017, but he was never named a suspect in the teen’s death.

Bacon was described as a friend of Chang’s who she sometimes stayed with.

Kerry said when he heard Bacon was arrested he was relieved but concerned because no charges have been filed against him.

“It’s been an emotional journey for sure for a lot of people outside of our family," said Kerry. "I want to thank the community and everyone who has supported us."

The Nanaimo RCMP are not providing any further details, but say the investigation into Chang’s murder is still active and ongoing.