Nanaimo drive-in movies to expand to other communities 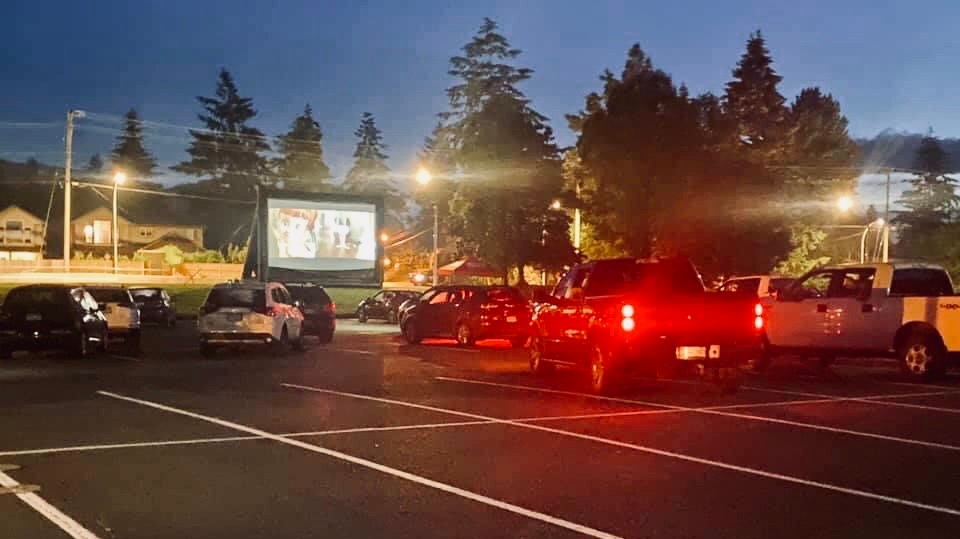 A drive-in movie event in Nanaimo has completed to successful weekends of movie screenings, and plans are in the works to expand to other mid-island communities: (Nanaimo Clippers Junior A Hockey Team)

NANAIMO -- The Nanaimo Clippers junior hockey team hosted its first four drive-in theatre events over the past two weekends and are now planning to take the operation on the road.

Next weekend, in Port Alberni, the Clippers will be hosting a free drive-in movie and are asking for donations to be made to the local KidSport program. The event has already been sold out.

The outdoor movie event can be hosted for free because the Clippers, along with local realtor Sherdan White, purchased all the equipment needed to put on the event.

“We‘ve got the equipment now and as long as we keep getting the licensing for the shows, let’s put this on as much as possible,” said Tali Campbell, general manager of the Nanaimo Clippers.

According to the Clippers, plans are in the works to host a drive-in movie in the Comox Valley and in Port McNeill in August.

Back in April, the Nanaimo Clippers began working with Island Health to bring the drive-in movie experience to life, as a way of giving back to the community during the pandemic.

“While COVID-19 is on, these will be free community shows,” said Campbell.

With restrictions on mass gatherings still in place, only 50 vehicles are allowed per show.

“Everyone followed the rules, we spaced out vehicles properly, those who had to use the washroom were spaced out properly with hand washing stations available,” said Campbell.

More than 1,900 people registered through the Clippers website to get the chance to watch the four movie screenings in Nanaimo over the past two weekends.

The Nanaimo Clippers say to check their website for future registration for upcoming drive-in events.