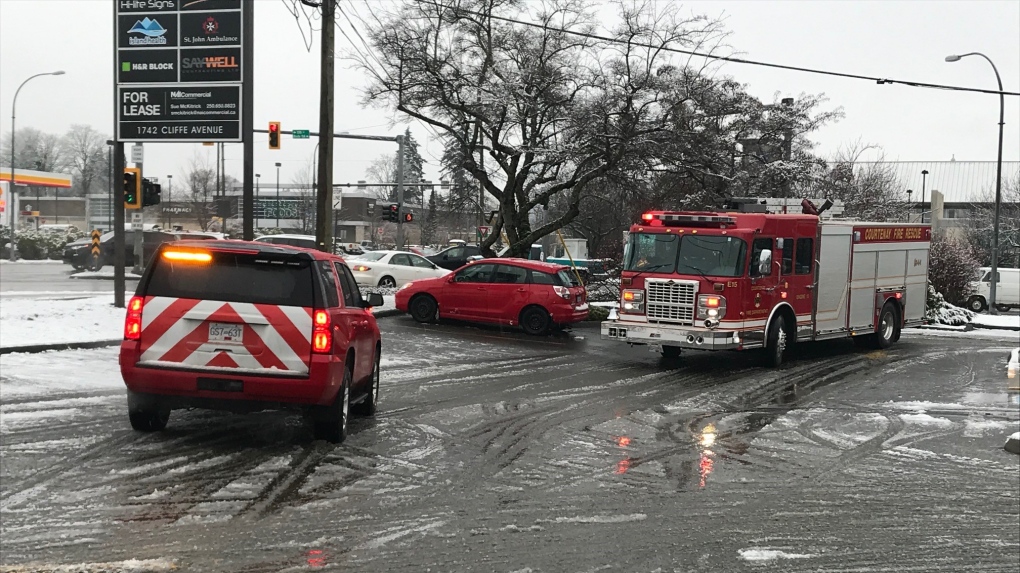 COURTENAY -- Fire officials and crews from FortisBC are baffled after receiving several calls for the smell of gas in the air throughout a widespread area of Courtenay on Wednesday morning.

According to Jas Baweja, a corporate communications specialist with FortisBC, multiple calls started coming in around 9 a.m. in between the 5th and 17th Street bridges.

"At this time, our crews have not found any indication of a natural gas leak in the area. Right now we're working with the Courtenay Fire Department to find out what's causing these odours," said Baweja.

He says there were no reports of any severed lines or gas escaping from their system.

"Safety is a top priority with FortisBC and we take all reports of natural gas odours very, very seriously. We always dispatch crews and a service technician to the area to investigate the report, every single time," Baweja says.

Courtenay fire crews were dispatched simultaneously to the area of the 17th Street Bridge as well along Cliffe Avenue. Fire Chief Don Bardonnex says they investigated reports inside buildings but couldn't determine the source. Fire dispatchers then started getting calls about the odour being smelled over by the Canadian Superstore on Ryan Road.

"I could smell it when I was driving down the road. It has to be something that wasn't a continuous leak in the area because it dissipated," says Bardonnex.

He says the snowy weather at the time of the calls wouldn't have contributed to more people smelling the odour over a wider area.

"When it's colder and there's less wind, propane will hang low and stay in an area, (whereas) natural gas is lighter than air and will rise up. It will rise up higher when it's warmer but it will still rise up and dissipate," he says.

As of noon, Fortis crews still hadn't determined where the smell had originated.