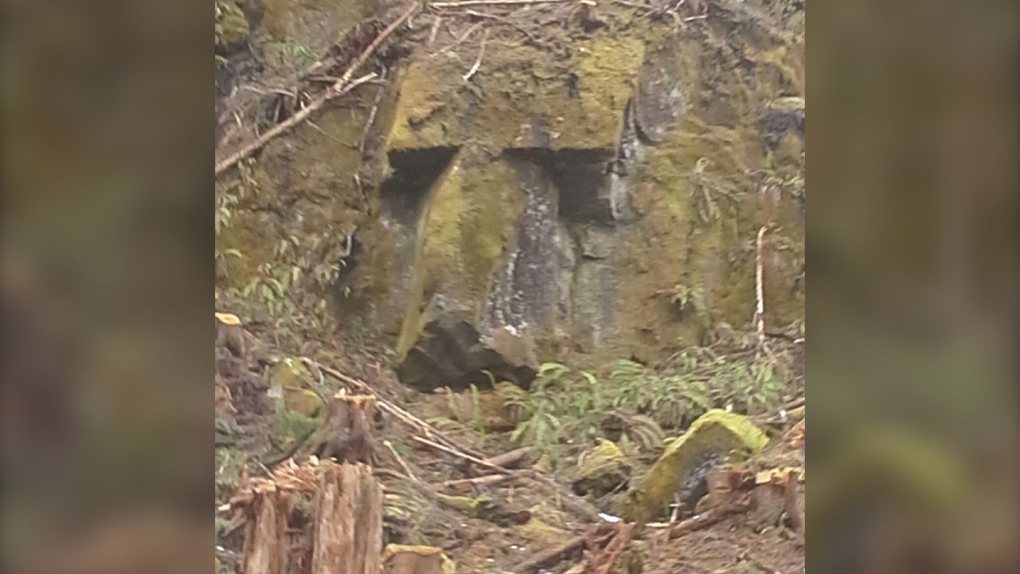 A Port Alberni man believes that a logging operation in B.C. may have uncovered a giant carved stone face, similar to those found on Easter Island: (Fred Thompson)

PORT ALBERNI -- A Port Alberni man is wondering if a recent logging operation on B.C.'s Central Coast has uncovered a giant face carved into a rock sheer.

Fred Thompson was driving a logging truck near Jennis Bay for a Powell River-based company. He says the company has cleared a cut block and uncovered what appears to be a giant face.

Thompson says it reminds him of the faces seen on Easter Island. 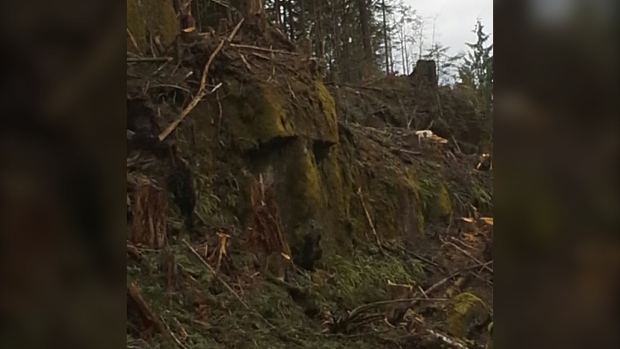 "I think it's too perfect to be natural. The nose is perfectly vertical to the earth and the eyebrows are 90 degrees to that. You could probably put a square on it and you'd probably find it was damn close to square," Thompson says.

Thompson says he was parked beside it in his truck for nine loads of logs and kept looking at the face wondering how it got there.

However, another Port Alberni resident – who has a PhD in structural geology – says the face was naturally formed.

Jacqueline Windh says she would have to visit the site to be 100 per cent sure, but she believes the face was caused by fractures.

"One fracture, which is nearly horizontal, made the rock below it fall out, making what looks like the ‘eyebrows.’ Some of the rock below that fracture stayed in, looking like a nose" Windh says.

She says it's natural for the human brain to find faces in objects and even geographical features will look like them to us.

Thomson would still like an expert to check out the remote logging site at some point. It's located near Jennis Bay, two hours across from Port Hardy by boat, and is north of Sointula. 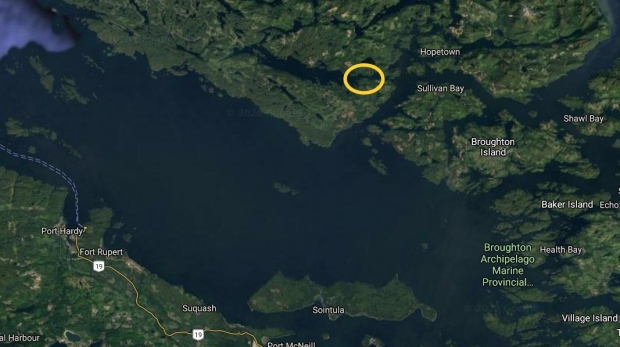 "You see something like that, that's so symmetrically perfect, that is a real weird anomaly to me" Thompson said.