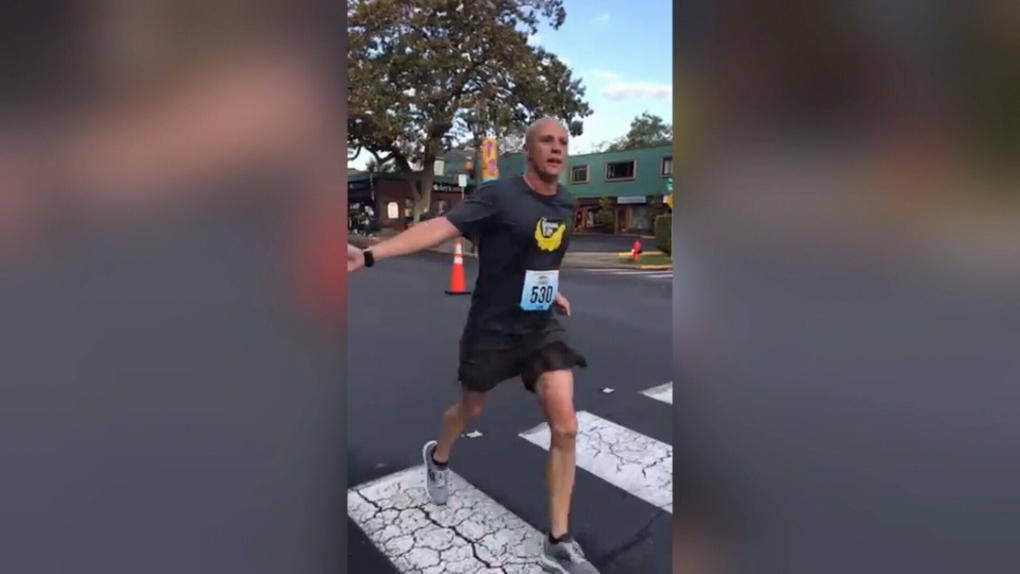 The last time the starting gun fired for the Royal Victoria Marathon, Jason DeRuiter ran the best marathon of his life, and then nearly lost it.
Victoria -

The last time the starting gun fired for the Royal Victoria Marathon, Jason DeRuiter ran the best marathon of his life, and then nearly lost it.

On Thanksgiving long weekend in 2019, DeRuiter, a Nanaimo man in his mid-40s, crossed the finish line of the marathon often referred to as the Good Life Marathon.

Noticing something was off, he stumbled into the medical tent and crumpled to the ground.

His cardiac trouble was serious, but also happened in the most ideal place for his survival.

A doctor from the Royal Jubilee hospital happened to be volunteering at the time and quickly began life-saving measures.

According to DeRuiter, his heart stopped for seven minutes, effectively leaving him dead for the short window in time.

"My last memory was about halfway through the race, and then three days later when I woke up in Royal Jubilee,” DeRuiter told CTV News Vancouver Island.

Following a battery of tests, his doctors were left with few concrete answers.

His medical team didn’t know why his heart failed at the finish line, but were seeing him gain strength. 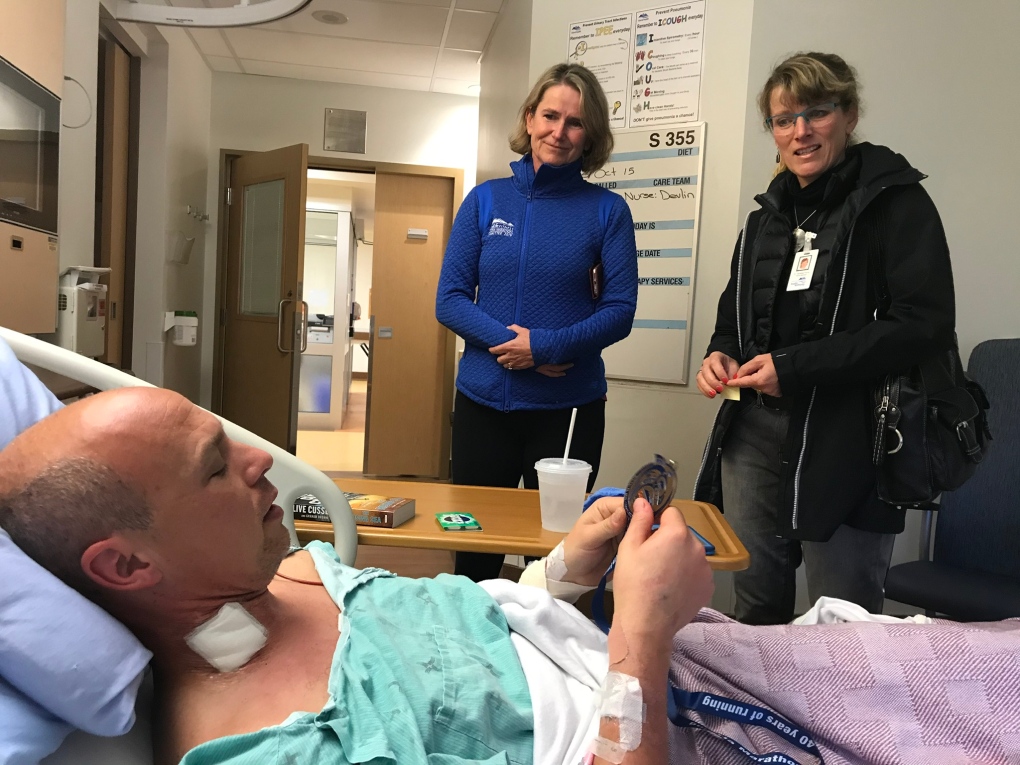 After the drama of the heart-stopping finish, race organizers made a special visit to his hospital bed to deliver his race medal.

Holding it, Jason knew he had to race again, but the pandemic would soon step in his way.

Redemption would take longer than the Nanaimo runner thought. Two years, to be exact, but his time has come.

The Royal Victoria Marathon will be the first premier race to return amid the continuing pandemic.

"There is no normal about this year. After 20 years, I think this is the hardest one,” said race director Cathy Noel.

The race’s return comes in the form of a half-marathon, as the full version posed too many road-closure and health-related issues.

Still, organizers say despite some changes, the marathon’s ethos is the same.

"Running is a big community, so seeing people come together, that is what this is about,” said Noel.

This Sunday, DeRuiter will lace his runners tight and pound the pavement in an official marathon for the first time since his hospital stay.

"It's just a celebration: that races are happening, for being back, and that I can even do sports,” DeRuiter said in a FaceTime interview.

You can probably expect the Nanaimo runner to put down a good time Sunday morning.

Two years ago – despite dropping to the ground, his heart stopping for seven long minutes and spending several weeks in hospital – DeRuiter crossed the finish line with a fast enough run to qualify for the Boston Marathon.