You could call the horse droppings along Willows Way in Central Saanich "mounds of evidence." It’s a trail tracing us back to the scene of a Thursday night rescue.

"That would be my first horse rescue," said deputy chief Stacey Lee of the Central Saanich Fire Department.

A horse, led by its owner, failed to see a deep muddy ditch through some tall grass. The horse fell in and was mired in mud.

"It was a little sketchy," said the deputy fire chief. "The horse, it was spooked, it was tired and it was scared." 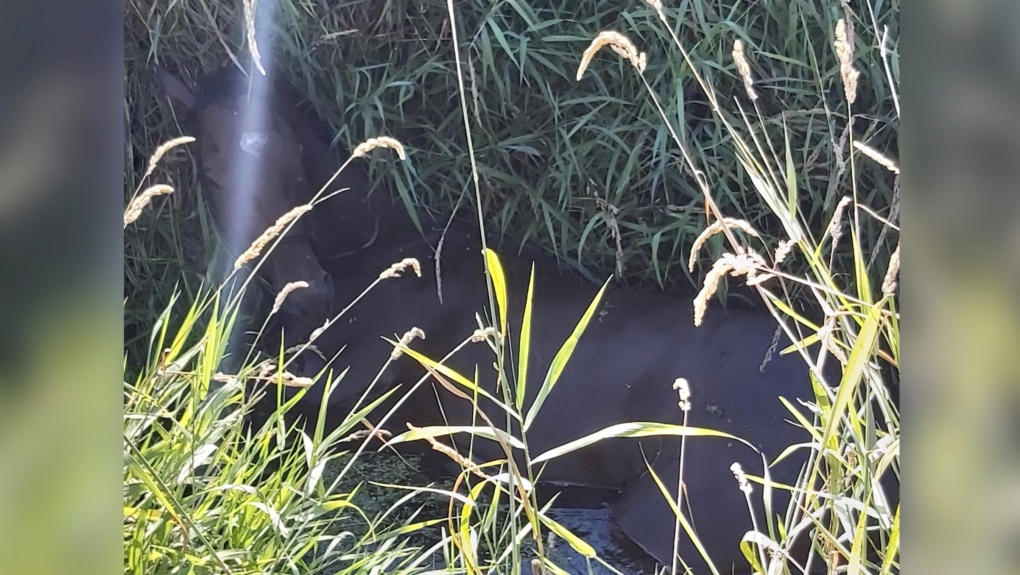 The ditch was so steep that Central Saanich Fire called in public works to level out the grade. After that job was done, there was still a problem, the horse's legs were clearly still stuck in the mud and the animal was unable to get out under its own power.

That's when a stranger arrived, sporting a hockey helmet.

"He climbed right in there with [the horse] and he was actually manipulating its feet under it," said the deputy fire chief.

The veterinarian, named Tino Martinez, was able to free the horse's legs. However, the horse still needed help getting onto the road because it lacked traction. That's when a team solution was needed.

"We had to make due with what we had," said Lee.

What the department isn’t short on is firehoses. Members doubled up several two-and-a-half inch hoses and built a sling. 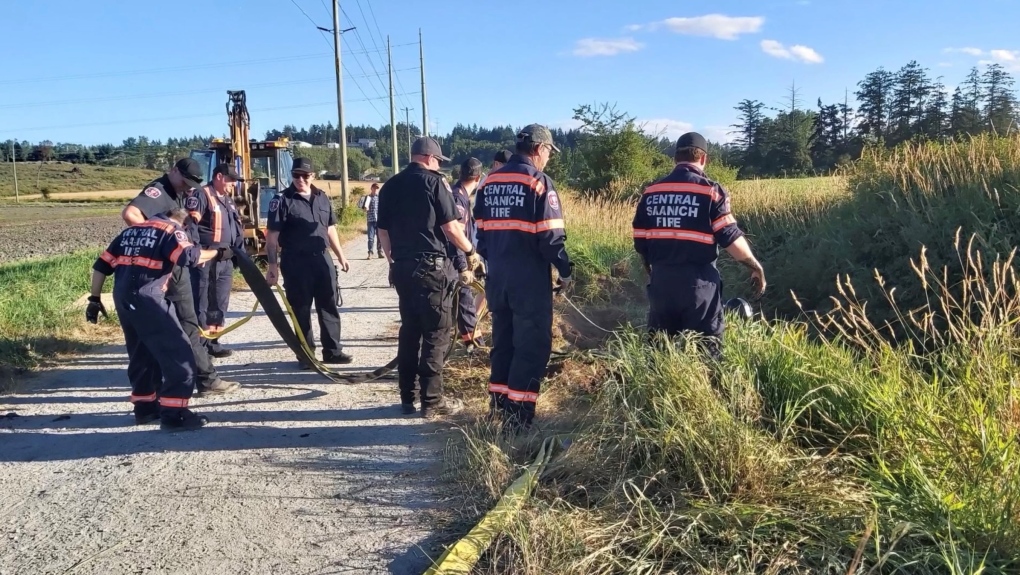 It took eight firefighters to pull the horse out of the ditch, which was unhurt after the whole ordeal.

One neighbourhood resident told CTV News they think the grass should be cut back so that people and animals can see there's a drop-off.

Late Friday afternoon, public works did just that, which will hopefully prevent a similar situation from happening again. 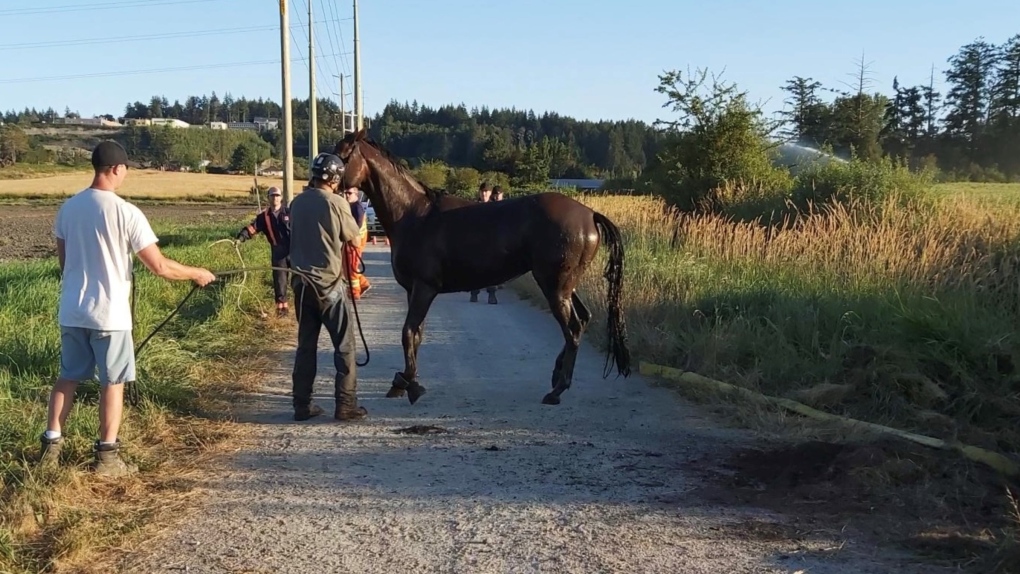 The horse was uninjured after it was pulled free. (Central Saanich Fire Department)

The Ukrainian Defence Ministry on Sunday ridiculed Moscow’s partial mobilization to bolster its forces in Ukraine, posting on Twitter a mash-up of social media videos of Russian police beating and arresting men protesting the call-up.

The onset of autumnal weather, with rains making fields too muddy for tanks, is beginning to cloud Ukraine's efforts to take back more Russian-held territory before winter freezes the battlefields, a Washington-based think tank said Sunday.