'My family is not safe': B.C. woman documents travels through home country of Ukraine

'My family is not safe': B.C. woman documents travels through home country of Ukraine

"His name was Sergey Veretennikov," she told CTV News on Friday.

He was killed on Sunday fighting just outside of Kyiv, Ukraine, when a Russian rocket hit his platoon.

"He died as a hero defending his home, his country," said the grieving friend.

Pavlikhin and her husband just returned to Canada after spending a month in their home city of Kyiv.

Months before, Pavlikhin and her daughter, Lia, embarked on a fundraising effort, raising more than $33,000 by selling perogies and art, all of which went towards a government organization that helps Ukrainians called Come Back Alive.

"My family is not safe," said Pavlikhin. "We are losing people in my family."

The majority of her family lives in Kyiv. 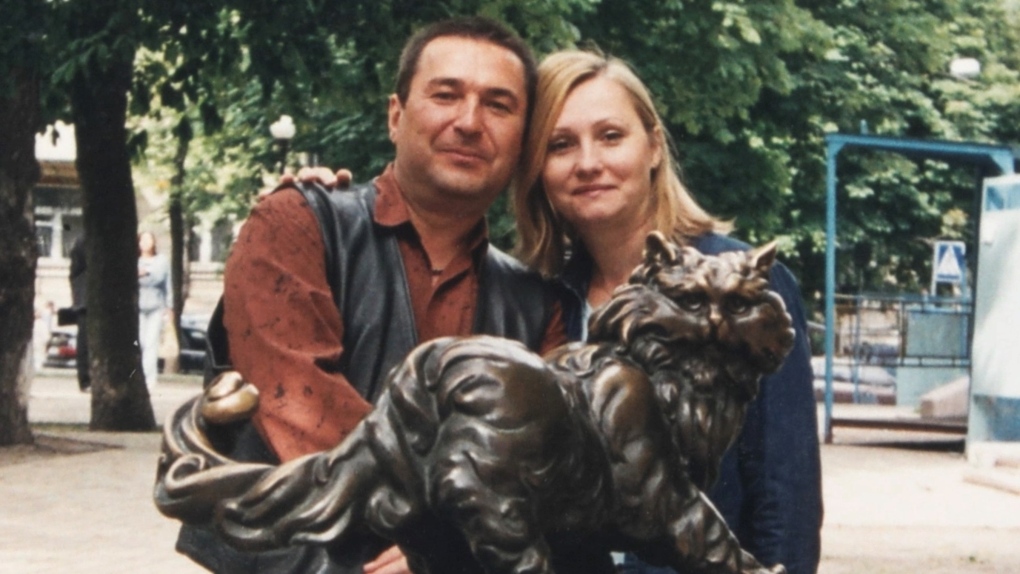 Alla Pavlikhin is pictured with her best friend Sergey Verentennikov around 10 years ago.

Pavlikhin has created a YouTube channel to document what she saw on her trip into central Ukraine. The latest video shows how bombed out the city of Bucha is, just outside of Kyiv.

Devastation can be seen everywhere. In the commentary throughout the video, Pavlikhin talks about how heart-breaking it is to see the city in the state it is now.

While in Kyiv, Pavlikhin and her husband volunteered their time at an animal rescue facility. It’s a facility that is being overwhelmed by animals that have lost their owners due to the ongoing war.

Pavlikhin’s husband focused on repairing the worn-out kennels while Pavlikhin took on dog walking duties. That is where she met an injured dog named Maya.

"She got bombed, pretty much," said Pavlikhin.

The explosion sent multiple shards of glass into the dog's body and caused it to walk with a twisted leg. Maya has since made the long journey to Canada.

Maya the dog is shown at her new home in Langford, B.C. (CTV News)

The Langford woman says her family's fundraising efforts will continue until the war is over in Ukraine.