A Victoria woman is speaking out after her small dog was allegedly attacked and killed by two larger off-leash dogs on Thanksgiving Monday.

Dianne Donahue says the attack occurred while she was walking her 10-pound Havanese, Daisy, along Island View Beach in Central Saanich around 4 p.m.

"There was no one pulling the dogs off," Donahue told CTV News on Thursday.

"I was falling in the water," she said. "I was lucky they didn’t turn on me."

Donahue says her dog was attacked by two German Shepard-mixes, with no owner in sight.

Despite the beach being busy at the time, the Victoria woman says no one came to help.

"As I was trying to pull the one dog off, the other dog kept attacking and they both kept attacking," she said. "I kept pulling them and my dog was screaming in pain." 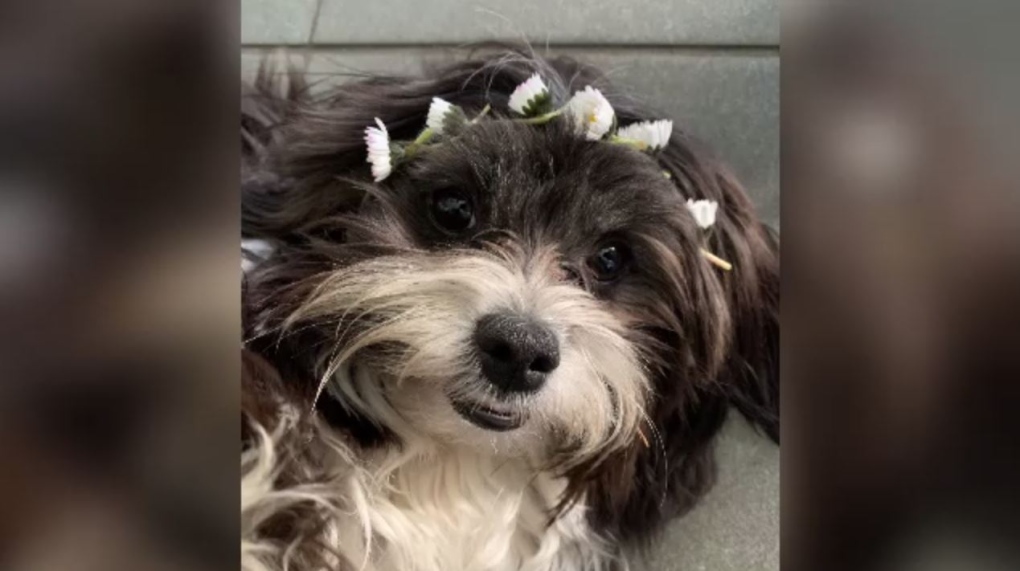 Daisy the dog is shown.

After the alleged attack occurred, Donahue says she was approached by a woman who she believes was the owner of the two dogs.

"I thought she had come to help, but her attitude was one of, 'Oh, your dog’s fine,' and she walked away," said Donahue.

Donahue rushed Daisy to a vet, but roughly eight hours later, the small dog died from her injuries, including broken ribs and a punctured lung.

The dogs and their owner have not yet been identified, according to Donahue, and she's concerned that something similar could happen again.

CRD Bylaw and Animal Care Services says it's looking into the incident and is asking for any witnesses to come forward.

According to the CRD parks website, dogs are allowed to be off-leash in non-campground areas of Island View Beach, except for during the summer season between June 1 and Sept. 15.

The website adds that dogs must always be "under control," whether on leash or off, and within sight of their owners at all times.