Multiple arrests made as protesters block traffic in Victoria 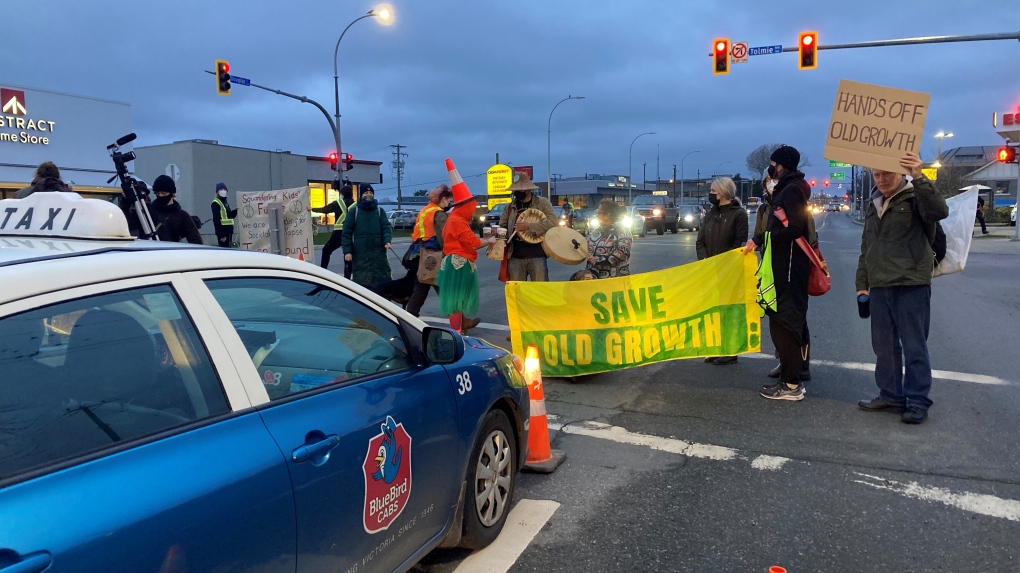 About 20 activists with the group "Save Old Growth" began demonstrating at the intersection of Douglas Street and Tolmie Avenue at 7:30 a.m. (CTV News)

About 20 activists with the group "Save Old Growth" began demonstrating at the intersection of Douglas Street and Tolmie Avenue at 7:30 a.m.

Traffic through the area remained largely unobstructed as protesters remained on the sidewalks and in the crosswalk until 8 a.m. when some activists sat down on the roadway.

Police from Saanich and Victoria temporarily cordoned off the area and arrested a group of activists who refused to leave.

Last week, some members of the group were arrested after laying down on the roadway at the intersection of Douglas Street and Burnside Road East.

Nanaimo police also made arrests last week and on Monday after the group blocked traffic in the city.

Health Canada says it is preparing for the possibility that a shortage of sunflower oil could further strain baby formula supplies in Canada.

11 killed in shooting attacks on 2 bars in Mexico

Russia's theft of Ukrainian grain appears to be ramping up as it continues its war on the country, according to new satellite photos of the Crimean port of Sevastopol.

A report looking into a mapping program the RCMP had access to -- but couldn't open -- during the 2020 mass shooting in Nova Scotia concludes it could have helped contain the killer's rampage.

Actor Amber Heard rested her case Tuesday in the civil suit between her and ex-husband Johnny Depp without calling Depp to the stand.