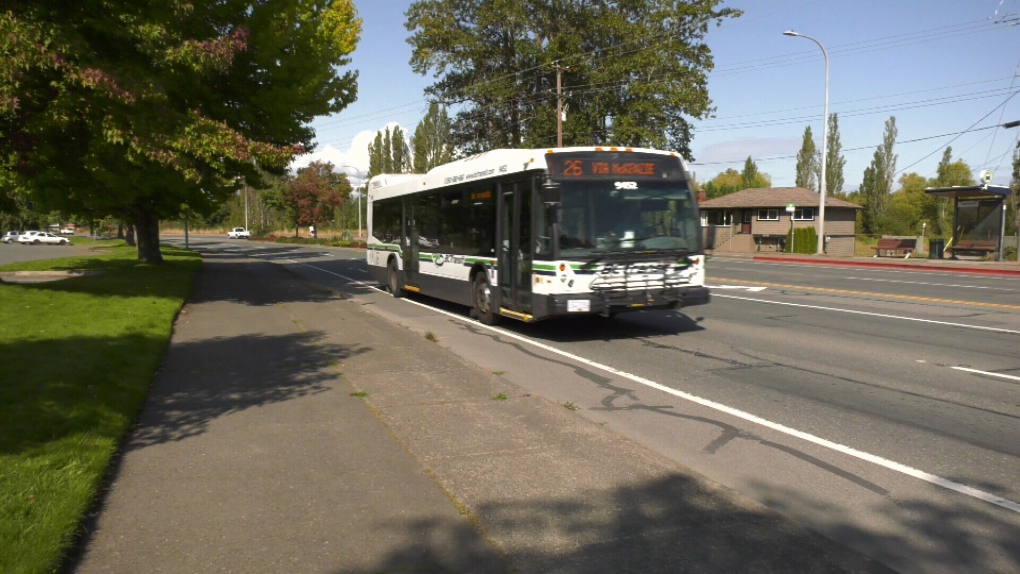 Millions of dollars have been earmarked to upgrade the UVic bus exchange, and to acquire new compressed natural gas buses for Victoria.

VICTORIA -- The federal and provincial governments are contributing millions of dollars to support public transit upgrades in Greater Victoria, including the introduction of new buses and upgrades to the bus exchange at the University of Victoria.

Both levels of government and the Victoria Regional Transit Commission are acquiring 15 new medium-duty buses that run on compressed natural gas (CNG) or renewable natural gas to replace the region's current diesel-fuelled buses once they reach the end of their service life.

CNG-powered buses produce lower greenhouse gas emissions and are quieter when operating, according to BC Transit.

The new buses can also hold a greater number of passengers, increasing capacity once they enter Greater Victoria's bus fleet.

"The aging diesel buses will be replaced with a much more greener and economical fleet," said Erinn Pinkerton, president and CEO of BC Transit at a news conference Tuesday. She added that CNG buses require less maintenance than diesel-powered vehicles.

The federal and B.C. governments are contributing $3.1 million each to acquiring the new buses, while the Victoria Regional Transit Commission is providing $1.5 million.

Meanwhile, new upgrades will be coming to the bus exchange at the University of Victoria, also known as the UVic Exchange.

The UVic Exchange was first constructed in 1995 and is the second most-used bus exchange in the Greater Victoria region, according to the B.C. government.

Saanich Mayor Fred Haynes says as many as 55 buses per hour will stop at the UVic Exchange during peak times.

The bus exchange will now see nearly $3.5 million in upgrades, which include refurbishments, layover bays for buses, and bus shelters for commuters waiting for their bus.

The surrounding area will also be upgraded for pedestrians – including improved pathways – and more bicycle storage will be installed.

UVic Students' Society director of campaigns and community relations, Emily Lowan, says the new buses and upgraded bus exchange will benefit students, many of whom rely on public transit as their primary form of transportation.

"Increasing capacity at this exchange and spending more time studying instead of waiting at the bus is super key," she said.

The federal government says the two new public transportation projects will not only benefit students, but also the residents who live in the community and use the popular b us route. Construction of the bus exchange project will also create jobs, according to Ottawa.

"Investing in B.C.'s public transit is an essential part of growing the economy, reducing greenhouse gas emissions, and supporting communities where people can get around in faster and cleaner ways," said West Vancouver MP Patrick Weiler on behalf of the federal government's Ministry of Infrastructure and Communities.

"By improving active transportation infrastructure along with improving safety, capacity, and access to public transit, the UVic Exchange project and the acquisition of more CNG or Renewable Natural Gas buses for Greater Victoria will make it easier for more people to use and choose public transit and will help protect he environment," he said.