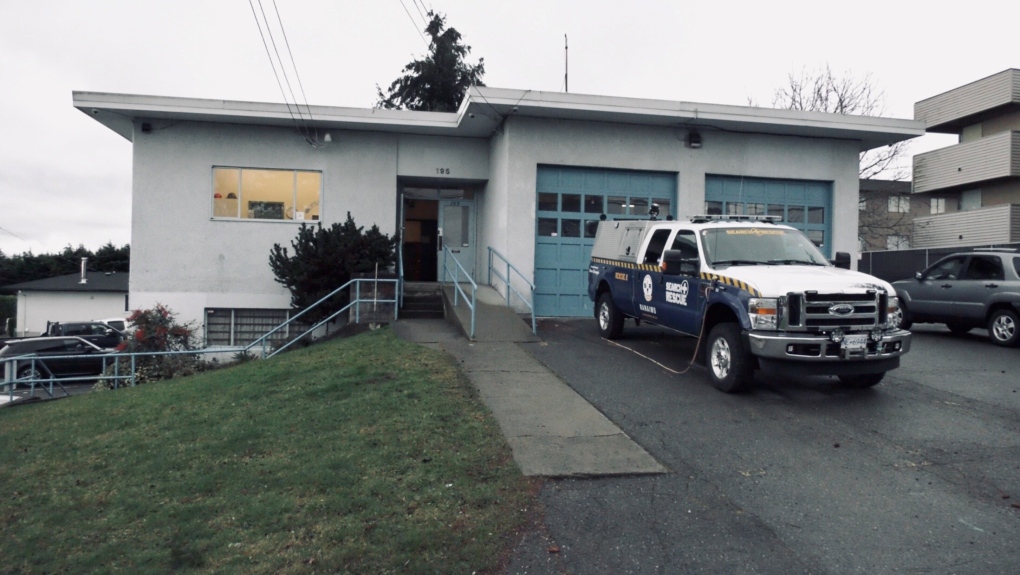 The current Nanaimo Search and Rescue building is shown. Renovations are expected to begin later this week: Jan. 26, 2021 (CTV News)

NANAIMO -- The Nanaimo Search and Rescue building will be getting a $2.4 million facelift, which will give the volunteer group much needed space and upgrades to the facility.

The expansion gives the group extra space to create training rooms and office space, as well as room for their vehicles and equipment, which will improve response times.

“It’s been a really long time coming,” says Carly Trobridge, president of Nanaimo Search and Rescue (SAR). “I joined in 2015 and we were in the process of looking for a new space at that time.”

Nanaimo SAR have been located in an old fire hall on Fourth Street in downtown Nanaimo for more than 10 years. The organization used to share the space with the city’s parks and rec department.

Just last year, Nanaimo SAR signed a co-management agreement with the city which allows them to lease the entire facility for 25 years.

However, renovations are needed to get the whole building up to code, and for Nanaimo SAR to be able to utilize the entire space.

The project is set to begin sometime this week and will be done in two phases.

Phase one will consist of getting the facility up to code as well as moving search and rescue vehicles into the building’s original fire bays, located on the lower section of the building. This portion is expected to take seven to eight months to complete.

The second phase won’t start until spring 2022, and the whole project is expected to be completed by fall 2022.

Half of the $2.4 million project is funded by Nanaimo SAR through provincial grants and a $1 million donation from an anonymous donor.

The other half is being funded by the City of Nanaimo as part of its 2022 budget.

Nanaimo SAR will still be able to use the space during the entire construction process.