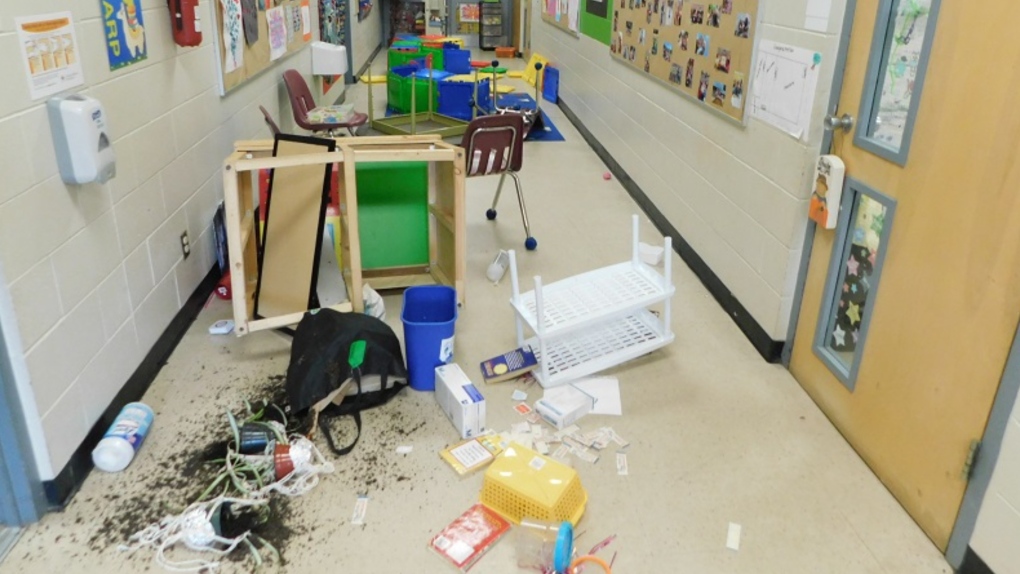 VICTORIA -- Mounties are investigating what they’re calling a case of “senseless destruction” at a Vancouver Island daycare.

Campbell River RCMP were called to the daycare at Oyster River Elementary School Monday to investigate a report of extensive damage during a break-in Sunday night.

Police say the perpetrators broke into the building by smashing a window around 7:30 p.m. and proceeded to break a fridge, a TV, a VCR and a stereo.

The perpetrators allegedly drizzled maple syrup around the room and threw eggs from the fridge against the walls.

“Nothing was taken in the break-in, indicating it was simply a wilful act of destruction,” police said in a statement.

Investigators believe the perpetrators are youths, based on similar cases over the years. Three youths on dirt bikes were seen in the school area at the time of the incident, police said.

“Crimes like this, directed at small businesses, are absolutely deplorable,” said Const. Maury Tyre in a statement. “If people do small crimes without being stopped and held accountable, they progress to larger crimes much easier. Although we recognize it is the nature of parents to want to protect their young people from negative consequences in life, it's also important for them to be accountable for wrongdoing.”

Police are asking for witnesses to come forward and say there are ways of dealing with this behaviour without resorting to the court system.

“The Campbell River RCMP has an amazing restorative justice process available that allows the offender to make amends to the people they've wronged in the process of their actions and learn how crimes that they may have thought were victimless are anything but,” Tyre said.

Anyone with information about the case is asked to call the Campbell River RCMP at 250-286-6221.