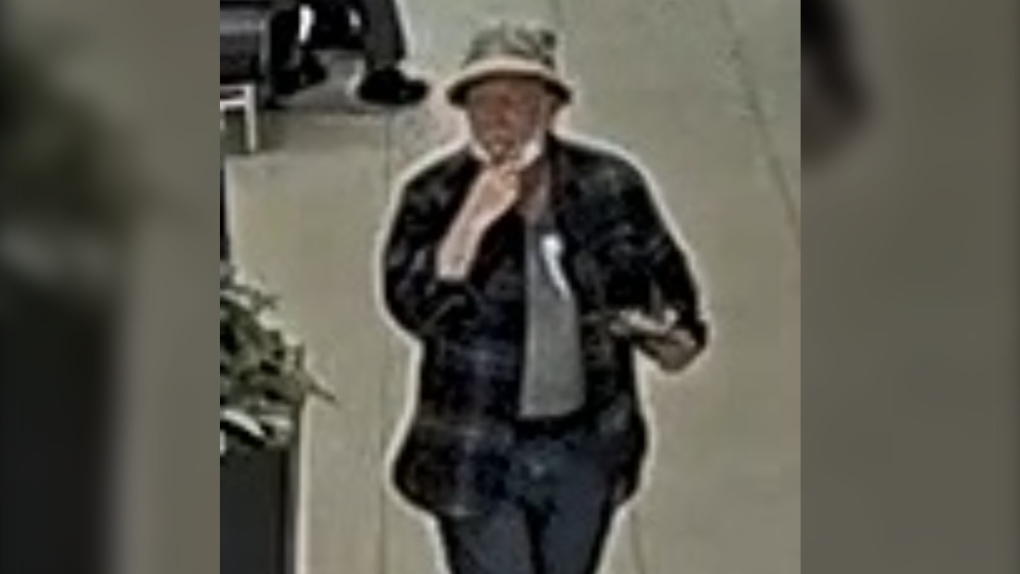 Anyone with information about this incident is asked to contact the West Shore RCMP at 250-474-2264.
Victoria -

The West Shore RCMP are investigating after a man reportedly put glue in the door locks of a Langford vaccine clinic.

The incident happened on Sept. 29, when staff at the COVID-19 vaccine clinic at 2945 Jacklin Rd. called police.

Staff reported that a man had glued the locks while the clinic was closed, making entry into the building impossible.

Police say surveillance video from the scene recorded a man who investigators are now looking to speak with.

The man is described as a white man in his 50s, standing 5' 8" tall with a moustache, glasses and a medium build. 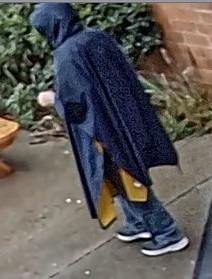 He was wearing a beige Tilley-style hat, blue plaid shirt and blue jeans with black and white shoes. He was also wearing a black poncho that is yellow on the inside.

"While we understand that not everyone share the same beliefs during this pandemic, this act of mischief is a criminal offence and will be treated as such," said RCMP Const. Alex Bérubé in a statement Tuesday.

Anyone with information about this incident is asked to contact the West Shore RCMP at 250-474-2264.