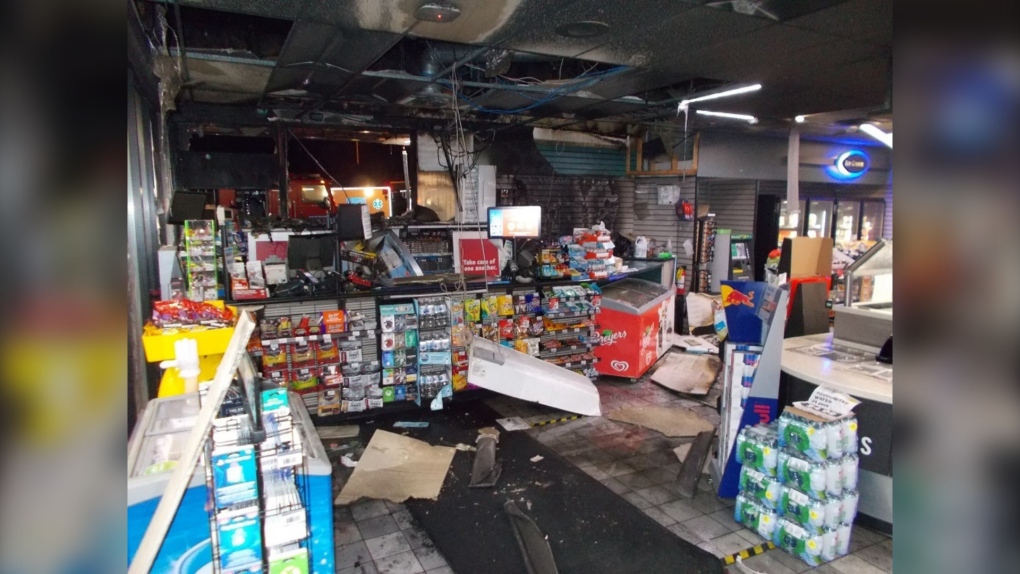 VICTORIA -- Another 16-year-old boy has been arrested after a flare caused extensive fire damage to a Nanaimo convenience store.

Police say the fire began when a pair of teens allegedly shot a tube flare inside a Circle K store after stealing several items on Saturday night.

The Nanaimo RCMP say the fire caused extensive interior and exterior damage, and the lone employee of the store was “traumatized” by the incident.

One 16-year-old was arrested Sunday at a south Nanaimo home. Police say the second teen was arrested Monday in Ladysmith.

The teens were later identified by police using the store’s surveillance camera.

The pair have been charged with arson, robbery and possession of a dangerous weapon.

Both teens remain in police custody and the RCMP investigation is ongoing.